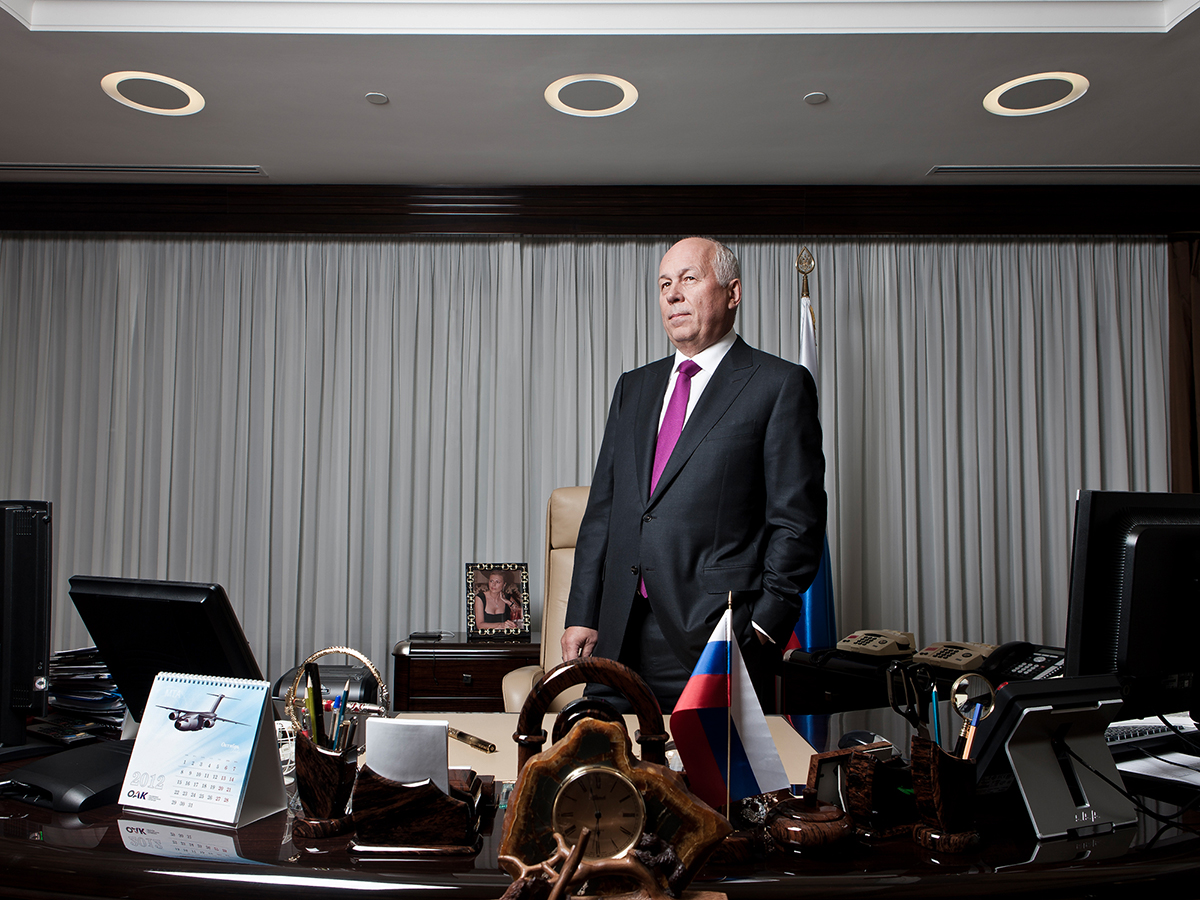 The CEO of Rostec Sergey Chemezov, as part of a trip to the IDEX-2015 exhibition, told broadcaster Russia Today of the development plans of the State Corporation and the future prospects for international cooperation.

- With the current economic climate, will Rostec apply to the government for subsidies to preserve jobs?

- If financial support becomes necessary for the State defense order and for related federal programs, we plan to apply to the government for additional funds. With regard to the significant reduction in the number of workers, we have no such plans, and therefore there is no need for subsidies and support from the government to solve such problems.

Additional funds may possibly be required for carrying out specific programs. Assistance may be required, primarily because of the rising cost of credit in the market. Hardly any company can even afford the credit, acquired at 20-24%, given that the profitability in the industry today is 6-7%, with a maximum of 10%.

- Now the government is discussing reducing the cost of upgrading the defense industry. How do you feel about that? How do you assess such proposals?

- This issue is related to government competence. For us, of course, it's not very good, since the revision of the cost primarily would affect our State defense order. I'm not just talking about Rostec, I’m talking about the entire military industrial sector. If we talk about last year's State defense order, our enterprises implemented it in full, while we almost doubled profits in comparison to 2013. A total of more than 12,000 contracts were fulfilled. This year, we have already started signing contracts. While we are currently not affected by spending cuts, if such a decision is made, something will probably be reduced. Again, I repeat: we have doubled the amount of the State Defense Order. Therefore, a reduction of 10%, for example, is not considered to be critical.

- Are there possible reduction proposals from the Ministry of Defense or government alternative programs? For example, if you shift the procurement of helicopters “to the right”, will you get a proposal to repair more existing units?

- It is very likely that in the Ministry of Defense they think it is more profitable to purchase new technology or increase the volume of repairs and modernization of existing technology. Yet from what is currently planned, we remain unaffected. Let’s wait for a specific decision.

- In 2000, there was a large number of joint ventures launched with Western companies. Will there continue to be such projects in the future and what will happen to those projects that have already been initiated?

- Let us talk about overall international cooperation. Not a single of our projects that was initiated previously was stopped. They are still happening. The joint venture with AgustaWestland continues on quite normally, with no interruptions of production. Moreover, we plan to increase production, and are considering the release of a new model to meet the needs of Rosneft. We may begin to produce 189th model. It’s larger than the 139th model, and they need it to work on the shelf. It is a very large order. If we soon come to the final arrangements, the volume will be significantly increased and production capacity should expand. As for Renault-Nissan, they work with us, and do quite well in comparison to other manufacturers. Daimler is also not going to leave KAMAZ. However, they are not planning to increase their stake either. Of course, these factors are affected by the current political and economic situation. But they are not considering selling their stake.

With Boeing, we have signed a long-term contract for the supply of titanium, and in the near future, we are planning to open a second plant for the processing of titanium products. For Airbus, we provide more than 60% of total consumption of titanium, for Boeing it is more than 40%. Virtually all of the titanium parts for Boeing civil aircraft are made from our titanium. Embraer generally buys 100% of titanium from us.

- In the press, it was reported that Bombardier Q-400 left Russia for politically motivated reasons...

- It was not for political, but instead, for purely economic reasons. Basically all the components are produced abroad, and today it is unprofitable to purchase them. We continue to work with the Austrian Diamond and plan to jointly create a number of new 9 and 19-seat aircraft.

- How are relations with the U.A.E. developing?

- With the U.A.E., we have a very long relationship. Partners from the U.A.E. were involved in development of specific weapons. In particular, the funding for designing of the Pantsir-S1 surface to air missile defense system. The system is very interesting and is in high demand around the world, including in the U.A.E. Today, we have developed a new chassis system created here, in the Emirates, to be used with our shooting module.

- Can you select absolutely unique technology Rostec is ready to supply to the international market today?

- We have enjoyed great demand in small arms and aviation equipment and technology alike. We are ready to offer helicopter equipment. It is in great demand not only here in the Arab countries, but also in Latin America, India, China and East Asia. We have many different areas of work, and there are no virtually no restrictions.

- Have you had a chance to visit the exhibition. Are there any options for international partnership, joint ventures?

- We are considering the possibility of cooperating with U.A.E on the development of a helicopter - a heavy or a fast one, different options are being discussed. Negotiations are under way on development of other kinds of modern weapons; first of all, I am referring to the air defense system.

- In the framework of the last IDEX you signed an agreement to establish a joint venture with the U.A.E. Tawazun company. What are the practical results of cooperation?

- We have created a joint venture and plan to produce ammunition for the technology that is already in service. It is primarily small arms and BMP-3 armored vehicles, which are armed with our guns and require ammunition.

- A lot has been said here about the necessity to establish engineering centers and high-tech skills training for qualified personnel. Can you provide more detailed information? Are any negotiations under way?

- Not here, but in Russia. We create training centers for the training of specialists for our enterprises together with universities. We have signed agreements with more than 200 different universities throughout Russia. We are currently working on establishing the school-university-production chain. We also work with technical schools.

- Are you able to make a profit by cooperating with countries, in which armed conflicts and economic difficulties are present?

- As a rule, these countries find the money and pay for our contracts, or, if it is so decided, we supply equipment in credit. Unfortunately, we cannot work for free, we are a commercial enterprise. It must be reiterated that we cooperate only with officials governments of our partners.

- Russia, after the collapse of the Soviet Union, had problems in obtaining Soviet loans granted to many countries. Are you not afraid of a recurrence of the same situation?

- It’s not us, but the Ministry of Finance that deals with credits. They are looking for ways on how to secure a loan and how to get something in return. Different options are possible.

Ruselectronics is developing its partnership with ZTE

YotaPhone goes on sale in Russia