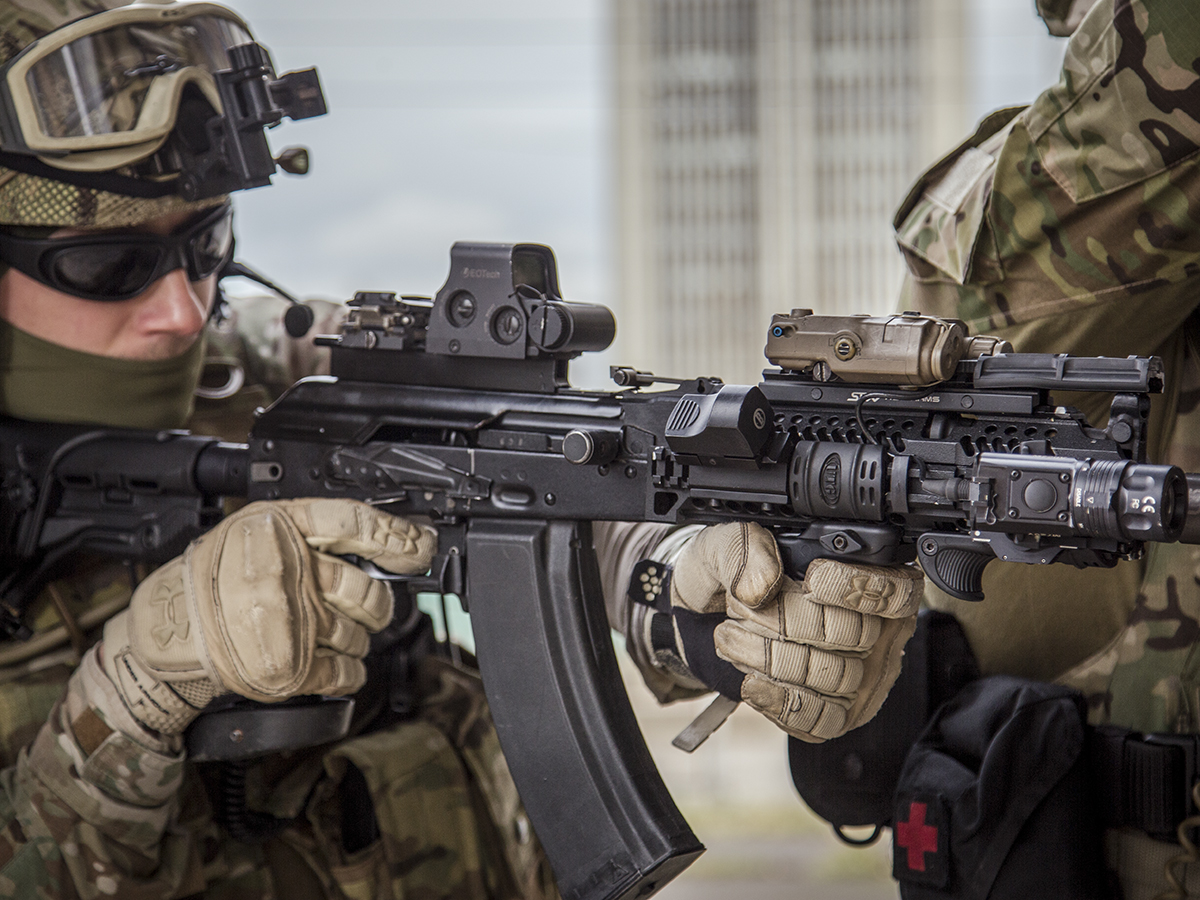 Concern Kalashnikov presented its development strategy and a program to improve its production systems by 2020 to members of the District Council for the Effective Functioning and Development of Military-Industrial Complex of the Volga Federal District (VFD).

The leaders of the concern announced its results from the past year as well its plans for 2015 to distinguished guests that included Mikhail Babich, the Plenipotentiary of the President of Russia for the Volga Federal District; Oleg Bochkarev, Deputy Chairman of the Board of the Military-Industrial Commission of Russia; Alexander Soloviev, the head of Udmurtia; and representatives of other defense companies in the region.

Particular attention was given to scientific research presentations and experimental developments for future weapons systems intended for the Russian Defense Ministry and other law enforcement agencies.

“Reducing costs and increasing productivity and product quality is not possible without improving production systems,” said Alexei Krivoruchko, CEO of Concern Kalashnikov. “Currently, the concern is working on more than 40 weapons for both military and civilian purposes.”

He explained that the comprehensive improvement of the production system will allow the company to increase its productivity by four times, cut the costs of production and working capital in half, accelerate the development and launch of new products by four times, and ensure the timely delivery of mass-produced and high-volume products.

During 2014, concern management invested 1.5 billion rubles in the renewal of its machinery and embarked on a comprehensive overhaul of its information technology. These investments have already yielded results, as last year the concern almost doubled its production of small arms to 120,000 units.

In 2015, the company plans to continue increasing its production volumes. To this end, over 440 technical processes have been developed and more than 80 high-precision machine tools have been purchased from machining centers. Introducing modern equipment will increase the performance and processing speed of serial parts for small arms by 6-8 times.

In 2014, the concern completed a project to upgrade its own unique, small-batch control and test station KTTs Kalashnikov, which tests all types of small arms before introducing them into mass production.

By 2017, the total amount of investments in the concern’s development will amount to around 6 billion rubles.