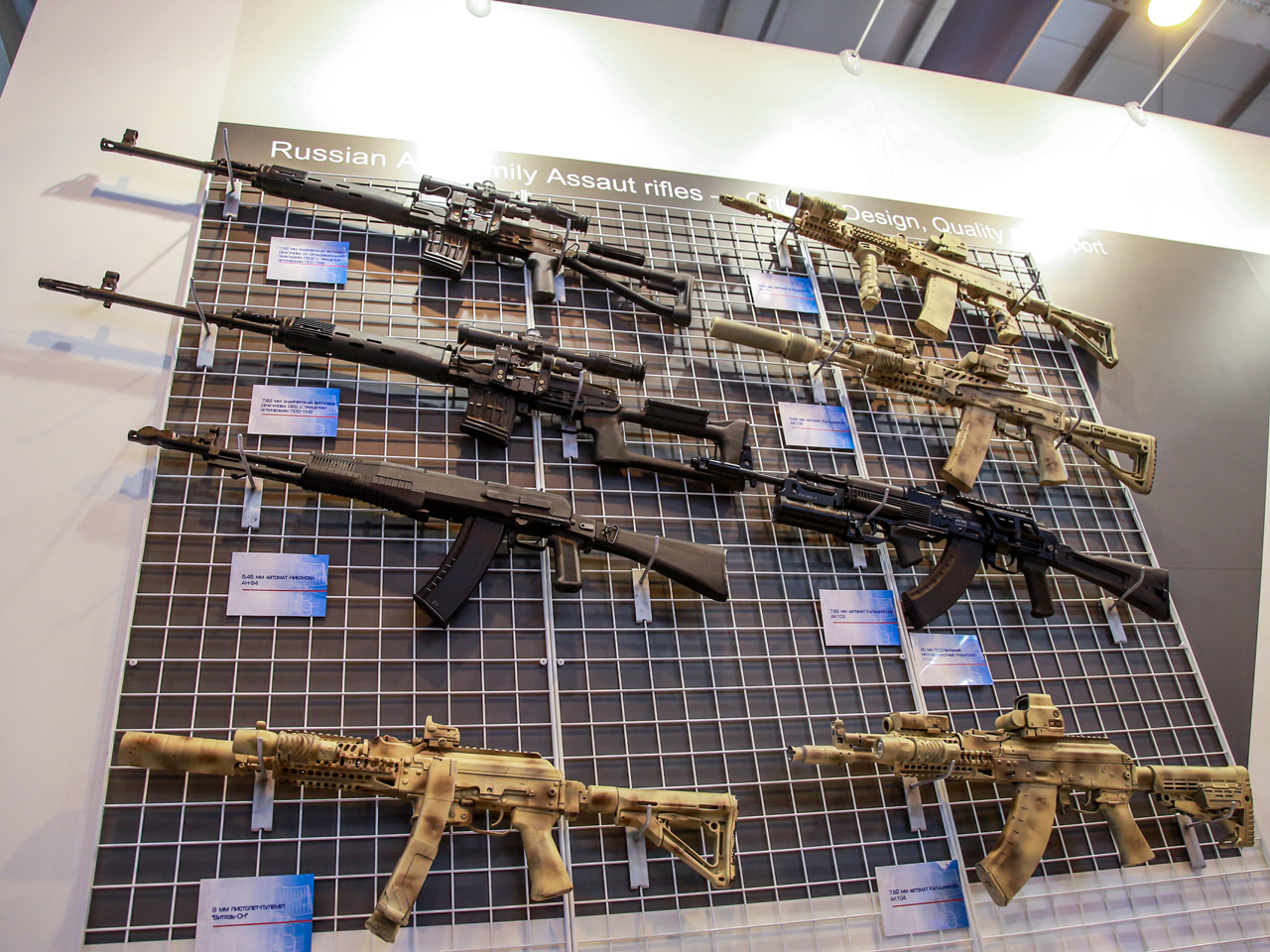 During the International Military-Technical Forum Army-2015, Concern Kalashnikov will present its latest developments and a number of upgraded models of small arms. It will also introduce for the first time a remote-controlled distance combat module.

“Currently, Concern Kalashnikov is producing a wide range of products, along with dozens of different kinds of weapons. During Army-2015 we will present a series of completely new rifles, as well as other promising products, including drones, landing craft, and personnel protection devices,” said Kalashnikov CEO Alexey Krivoruchko.

The innovative products presented by the concern for the first time will include various kinds of remote-controlled distance combat modules, including a version for Typhoon heavy armored vehicles and the BK-16 boat. "We believe this is a very promising direction and are gradually moving to begin developing these products. The unique format of the Army-2015 forum enables us not only to tell you about our latest developments, but also to show them to you in action,” said the head of the company.

The unique format of the Army-2015 forum enables us not only to tell you about our latest developments, but also to show them to you in action

Kalashnikov will also present some of its newest small arms, including the latest version of the AK-12. No less of an innovative product is the AK-15, a civilian carbine with combat capabilities. The carbine, created in 2015, is based on the Saiga MK 107 and reflects the specialized know-how of Kalashnikov experts.

For the first time, Kalashnikov will demonstrate the firepower of its new 9x19 caliber pistol, created with the assistance of instructors from the Russian FSB’s Special Purpose Center. The weapon’s ergonomics are designed to complement human biomechanics.

Upgraded models of small arms will include the SVD-M and AK-74M sniper rifles with an upgraded kit that increases the effectiveness of the weapon’s combat use by 1.5 times in terms of its accuracy a distance of up to 300 meters at any time of day and in different climatic conditions. The universal upgrade kit, first introduced during the Victory Day parade in Moscow on May 9, can be installed on any Kalashnikov rifle currently in service, as well as on the concern’s civilian carbines.

The joint Kalashnikov exposition will also present examples of BK-10 and BK-16 modern landing craft, unmanned aerial vehicles (UAVs) of both helicopters and aircraft types, modern body armor, and helmets offering different levels of protection. The shooting demonstration at the firing range will include speed and combined shooting, as well as competitive elements.

The International Military-Technical Forum Army-2015 will take place from June 16-29, 2015, at the Patriot Park of Culture and Leisure of the Russian Armed Forces in the city of Kubinka in the Moscow region. More than 500 companies will present exhibits at the forum. The total area of ​​the park measures 5,414 hectares. The Russian Ministry of Defense is organizing the forum, whose purpose is to provide an environment for identifying promising technical and technological solutions that can be implemented to support the production of weapons and other military and special equipment. The forum also seeks to create a positive image for the Russian Armed Forces.

Rostec is a key participant of Army-2015 forum