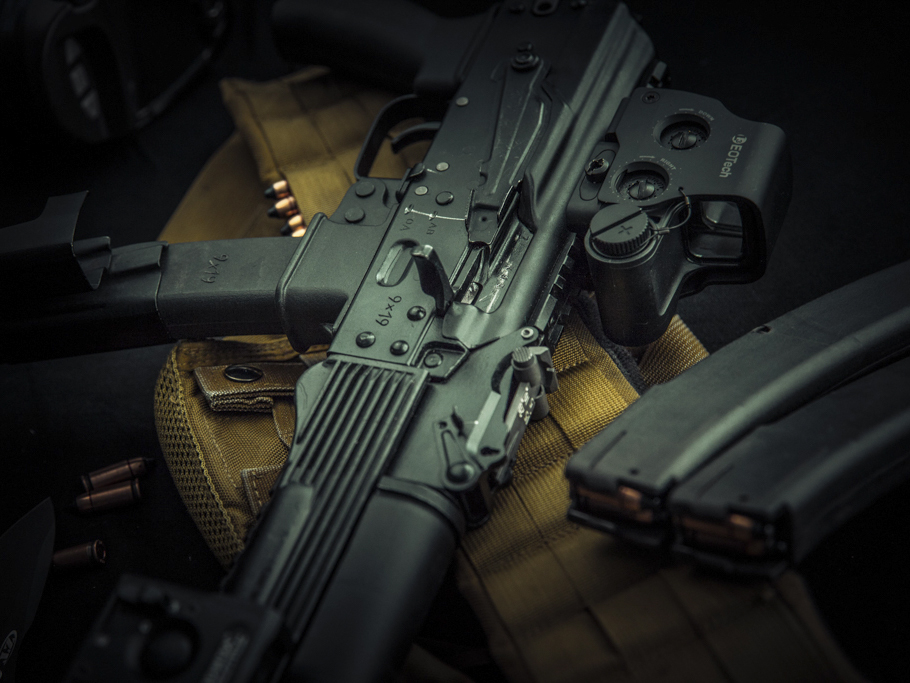 During the international military-technical forum Army-2015, the joint Kalashnikov exposition will feature for the first time examples of the concern’s new clothing and equipment line. Under its own brand, the concern will create these products for special forces of the Russian Federation and CIS countries.

In order to execute its 2020 development strategy, Concern Kalashnikov will expand its presence in high-profile market segments by acquiring controlling stakes in the Russian producers of tactical clothing and military equipment, ALLMULTICAM and the Zashchita Center for Special Equipment, in order for the defense personnel of the Russian Defense Ministry, Interior Ministry, Federal Security Service, and Emergencies Ministry to have a Russian producer of these materials.

Kalashnikov is planning to produce its clothing and equipment line under the new brand of Kalashnikov - 5.45 Design. This equipment will be designed for special forces of the Russian Federation and CIS countries.

In modern conditions of warfare, it is critical to acquire integrated equipment solutions

Plans are also in place to further the integration of modern means of protection for the special forces personnel equipment, including modern flak jackets and armed helmets from the Zashchita Center for Special Equipment. Examples of these products will be presented for the first time at the International Military-Technical Forum Army-2015 at the concern’s joint exposition.

“In modern conditions of warfare, it is critical to acquire integrated equipment solutions in which each element is perfectly aligned with the others in order to perform common combat tasks,” said Alexey Krivoruchko, CEO of Concern Kalashnikov.

Production testing will take place in conjunction with final users in actual combat operations. Production will utilize the latest technologies, such as laser cutting and welding seam sealing. The most modern materials and membrane fabric will also be used.

The International Military-Technical Forum Army-2015 will take place June 16-19, 2015, at the Patriot Park of Culture and Leisure of the Russian Armed Forces in the city of Kubinka in Moscow region. The total area of ​​the park measures 5,414 hectares. More than 500 companies will present their exhibits at the forum, which is organized by the Russian Ministry of Defense.

New pistol from the “Kalashnikov” Concern

Rostec is a key participant of Army-2015 forum