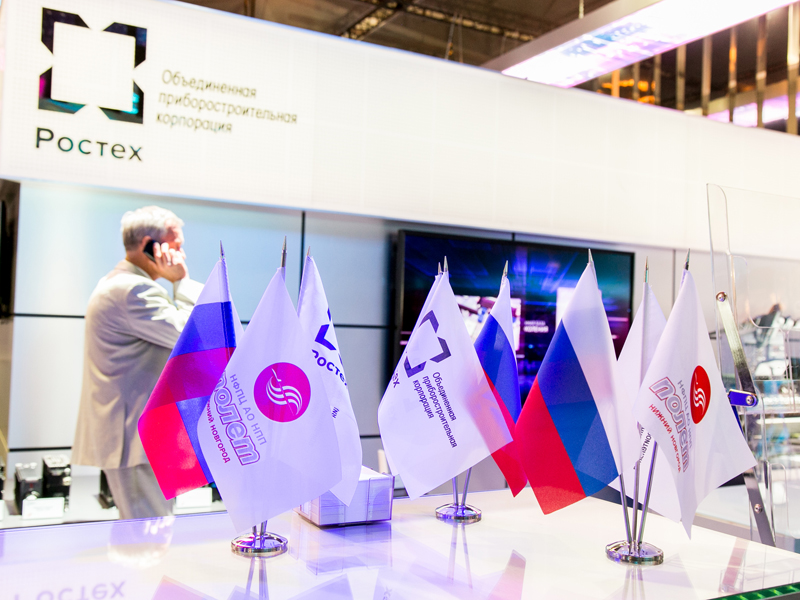 United Instrument Manufacturing Corporation (UIMC) has conducted a series of successful negotiations with representatives of Australia, France, the Czech Republic, India, South Korea, and Belarus during the International Aviation and Space Salon MAKS-2015.

During the meetings the sides discussed the possibilities of cooperation in the fields of aeronautical engineering, radar equipment, and communications and control systems.

The corporation’s products include advanced avionics, airport equipment, communication and control systems, and computers, all of which attracts great interest from Russian partners and foreign delegations at the show in Zhukovsky

"The corporation’s products include advanced avionics, airport equipment, communication and control systems, and computers, all of which attracts great interest from Russian partners and foreign delegations at the Zhukovsky show,” said the deputy CEO of United Instrument Manufacturing Corporation.  “One of the most important events for us as part of this year’s air show is the signing of the FSMTC protocol of intent with the Belarusian company AGAT-Control Systems. It is a leading developer in Belarus in the field of communication and data transmission, automation, computing, software and hardware systems, and information security. The document envisages cooperation in these fields, and we consider Belarus not just a promising market, but also a potential supplier of technology solutions and components.”

During the exhibition, UIMC will sign two major agreements with United Aircraft Corporation and Russian Helicopters. The documents envisage cooperation in the development of future avionics and communications systems as well as rolling out the 5th and 6th generations of the latest examples of Russian aircraft and helicopters.
A number of important meetings with potential foreign customers also took place. In particular, the UIMC Nizhny Novgorod subsidiary Polet discussed with the German company Rohde & Schwarz the possibility of jointly developing a communications system for Russian-Indian military-transport aircraft.

"We have confirmed our intention to work together and have prepared our proposal to the Indian side for the next round of negotiations,” reported a Polet representative. “In general, several dozen talks have been held with our customers and partners. Some of these meetings were used to prepare for the signing of the protocols, including with the company Sukhoi, regarding the supply of spare parts for Sukhoi aircraft, whether used in Russia or elsewhere.

A South Korean corporation has expressed interest in the production of radar equipment at the Polet Chelyabinsk Radio Plant using the RSP-2ST precision system for civil and experimental aircraft. The system is used for air traffic control around airports and enables the landing of an aircraft without a dispatcher.

The increased attention of several foreign delegations could be attributed to Dolgoprudnensky Design Bureau of Automation (DKBA), as well the DP-29, Russia's first unmanned medium-range airship.

During MAKS-2015, delegates from various foreign companies proposed a number of plans for cooperation in this field. Representatives of the Czech Republic are interested in conducting joint tests of engines for airships and balloon systems. A delegation from France has suggested a similar initiative. The possibility of using airships and balloons for various types of air monitoring were discussed with specialists in Australia.

"In general, the MAKS-2015 air show was for us a very rich and fruitful. Results from MAKS-2015 are even higher than expected in terms of new opportunities for promoting corporation in foreign markets,” said Sergey Skokov. “Details of possible partnership in all areas can be discussed as part of the exhibition".