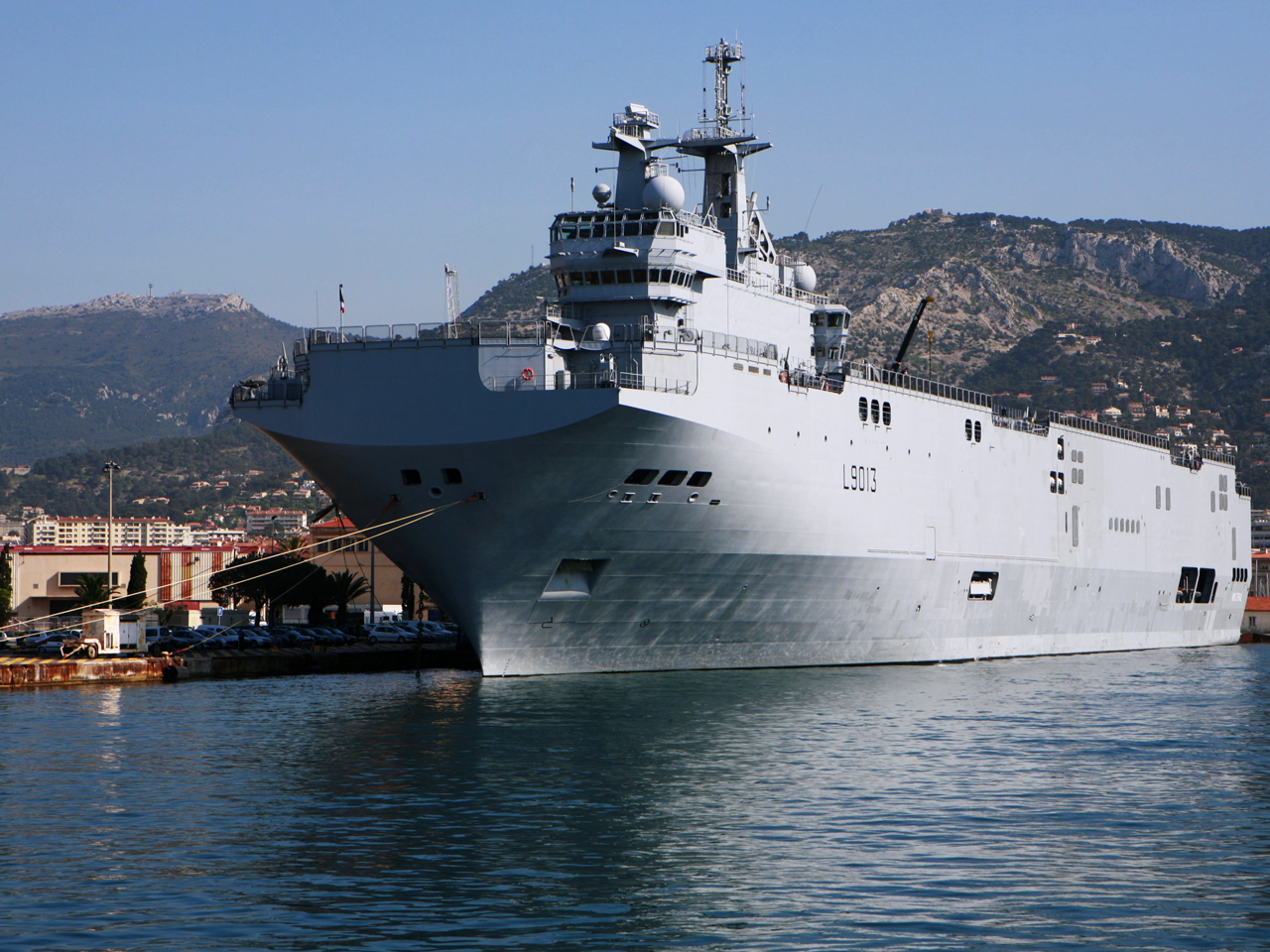 KRET is ready to equip the Mistral, previously intended for the Russian Navy, with electronic warfare defense systems.

Deputy Defense Minister Yuri Borisov announced that Russia is ready to supply avionics for the helicopter carrier to its future buyer, according to RIA Novosti. It has been reported that France is negotiating with Egypt for the sale of two Mistral ships that had previously been built for Russia.

KRET has proposed to outfit the Mistral ships with 5P28 Pobeditel electronic warfare defense systems, which can be installed on large ships such as aircraft carriers, helicopter carriers, and cruisers. The system greatly increases a ship’s survivability.

UIMC, another Rostec holding company, has developed communications and control systems for the Mistral and has agreed to adapt the Russian systems for Egypt.

According to UIMC representatives, the Russian equipment intended for the Mistral cannot be entirely sold to the new owner of the ships, as a number of elements and software programs must be removed from its communications and control systems first.

Registration for the re-export of this equipment is expected to take 1.5-2 months, and the adaptation of systems, components, and software for foreign customers may take another year and a half, as reported by RIA Novosti.

As noted by UIMC, upon their resale to a new customer, the ships themselves will need to be further developed, which will require cooperation with the Russian companies.

As a reminder, a contract worth 1.2 billion euros to supply Russia with two Mistral helicopter carriers was signed between the French company DCNS/STX and Rosoboronexport in 2011. France was supposed to transfer Vladivostok, the first ship, in November of last year, but did not do so because of the imposition of sanctions against Russia.

In early August, Moscow and Paris decided to terminate the contract for the construction and delivery of the Mistral ships. After returning all Russian equipment, France will be able to sell the helicopter carriers to another buyer.