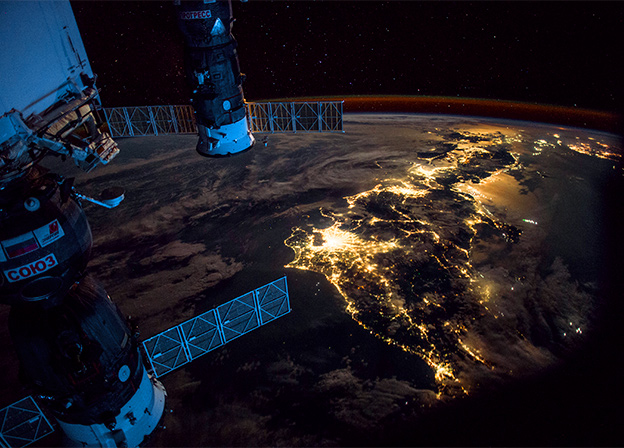 Under order from RSC Energia, Roselectronics has designed a single CCTV system used to monitor astronaut activity in space. The system will be tested in 2017.

It was developed on the basis of the Orlan-MKS spacesuit currently used by Russian astronauts and designed for eight hours of continuous operation.

A single TV camera block attached to the helmet forms a digital and TV color picture signal. Then the CCTV system codes the signal and transmits it through the radiochannel to the service module of the Russian segment of the International Space Station, after which the signal reaches the Mission Control Center (MCC). Stable TV signal receipt and transmission between the spacesuit equipment and ISS antennas is functional at a maximum distance of 200 m.

The system helps two astronauts cooperate in open space and transmits the most complete picture of what is occurring to MMC.

Currently, the CCTV system has passed basic tests, including acceptance control at RSC Energia and tests on the system stand. Equipment flight tests are scheduled for 2017.

Roselectronics is the largest Russian manufacturer of radioelectronic components and technologies and is a part of Rostec. The holding company brings together 108 companies in the electronic industry specialized in the development and manufacture of electronic technology products, electronic materials and equipment for their production, microwave technology and semiconductor devices, subsystems, complexes and communication technology, as well as automated and information systems. The holding consolidates about 60% of the domestic production sector of electronic components (for microwave technology — up to 80%). According to Rostec Corporation's development strategy, the share of civilian products in the total revenues of Roselectronics will increase twofold, 20 to 40%, by 2025.

Rosoboronexport reports 30-plus spacecraft of 14 countries put into orbit