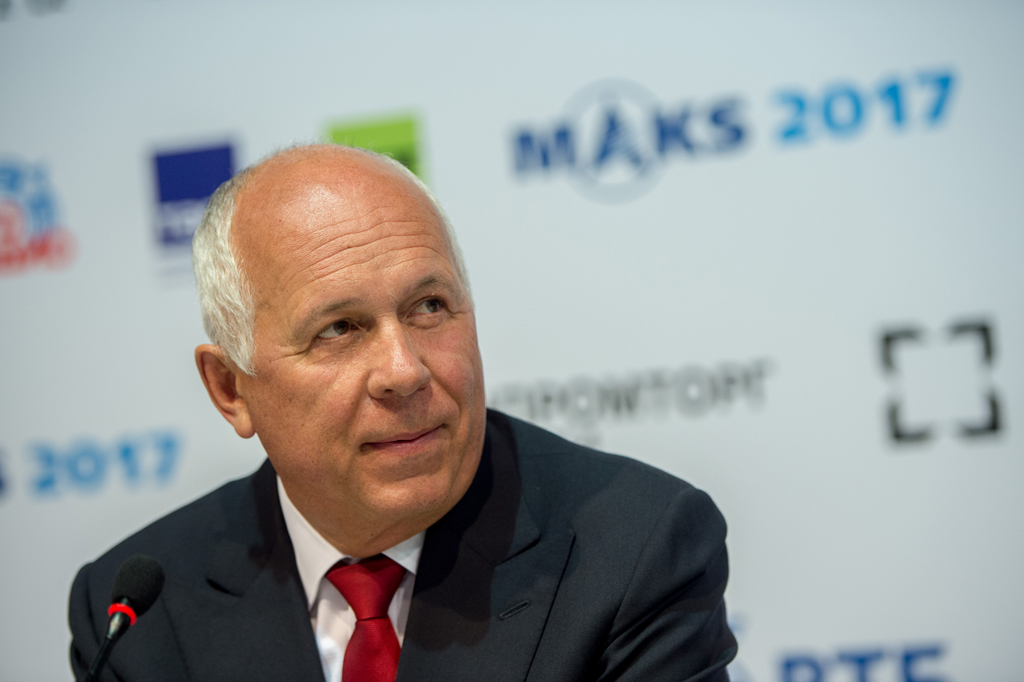 The CEO of the Rostec State Corporation Sergey Chemezov participated in a press conference during the International Aviation and Space Salon MAKS-2017 that has opened this Tuesday. The head of the Corporation discussed in details the issues of international cooperation – development of partnership relations with India, China, Turkey and other countries. He also spoke about overcoming the difficulties that arise in connection with sanctions. Sergey Chemezov also noted that the current MAKS is probably the last salon to be held in Zhukovsky. An exhibition complex near Kubinka will be the venue for the next aviation salons.

Sergey Chemezov noted that India and China have always been strategic partners of Russia, and products worth more than 2 billion dollars are sold to these countries each year. The main portion of products exported to the Southeast Asia falls on India. Cooperation with India is primarily aimed at the supply of not only the finished products, but also technologies. In particular, Su-30MKI aircraft, T-90 tanks are built in India today, and recently a contract for the joint building of Ka-226 helicopters has been signed.

"As regards the fifth generation aircraft, the work is underway, and the first stage has been completed. Now we are in negotiations regarding the second stage, and in the nearest future the decisions will be made and the contracts will be signed, but the work, nevertheless, is never stopped", emphasized the State Corporation's CEO by adding that Russia is the only counterparty of India that transfers all technologies unconditionally, without any restrictions.

Besides, the CEO of Rostec told about the status of the partnership relations with Iran by noting that S-300 systems have already been handed over.

"By 2020 we will finish the import substitution of components"

An increased focus was put by Sergey Chemezov on the sanctions issue by noting that the sanctions-related problems are being solved.