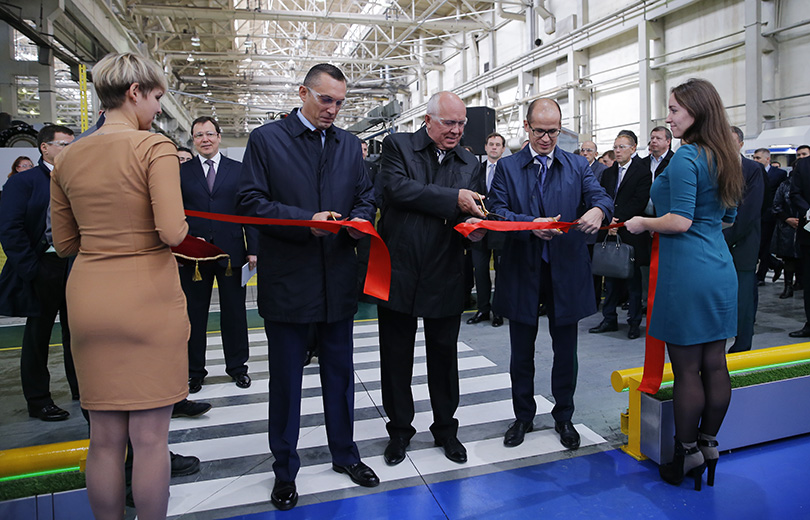 The Kalashnikov group, which is part of Rostec's state corporation, has launched a new smithery production. Start the work of the forge gave the general director of the State Corporation Rostec Sergey Chemezov.

"The old forge was built in 1934, and since then has not been updated. A new workshop is an object with a qualitatively different approach to the implementation of forging technology and hot volumetric stamping. The design and technology bureau with specialists of forging and pressing industries was recreated and actively started, new stamping lines were launched, energy costs were significantly reduced, " -commented Alexey Krivoruchko, CEO of the Kalashnikov Concern.

Five stamping lines of the new smithy allow not only to reduce the cost of the main energy carrier - compressed air, but also to improve working conditions and the quality of the products. The use of rotary gas heating furnaces with "smart" control meets the concept of modern smithery production. Heat treatment of forgings allows to reduce inter-shop moving and terms of delivery to the consumer.

"The full-fledged work of forging production will allow us not only to ensure the smooth operation of all the sites of the concern, but also to enter the foreign market," added Alexey Krivoruchko.

State Tests of Electronic Kalashnikov Rifle to Start in 2018