The Striking Ten Championship Stage Was Held at the Rostec's Headquarters 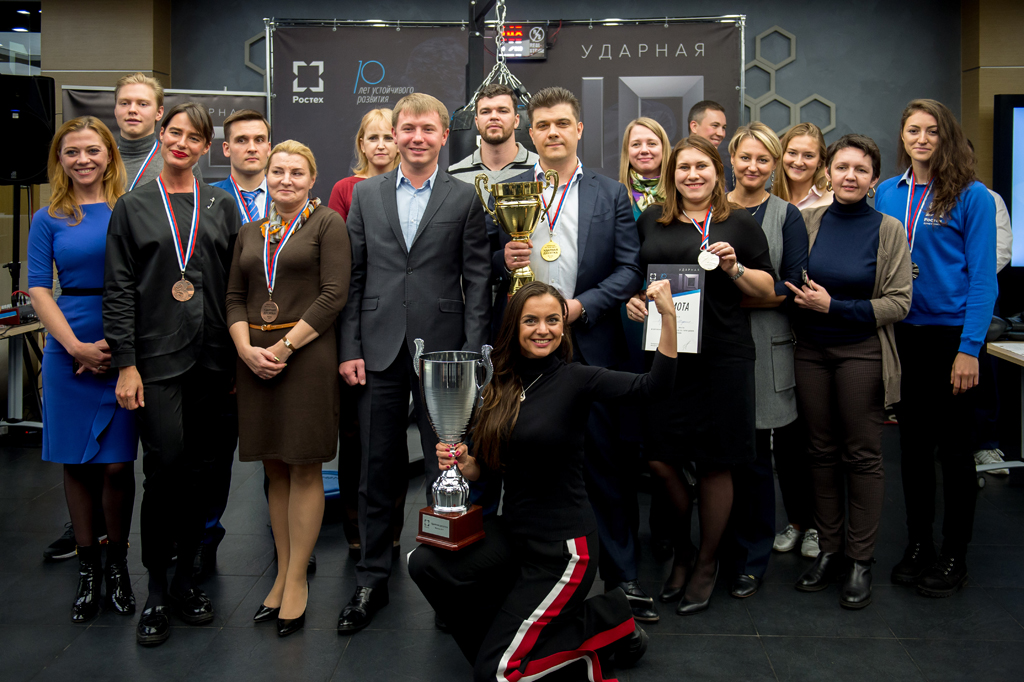 The preliminary boxing and punch power rounds of the Rostec's Striking Ten championship are coming to an end in the cities where the State Corporation's subdivisions are located. Another round was held on 23 November at the Rostec's Headquarters in Moscow. The tournament is associated with the tenth anniversary that will be celebrated this year by the Corporation.

The employees of the Rostec State Corporation's Headquarters were offered to test their physical skills and measure their punch power at a special boxing machine. Each participant was given three tries and the best one was counted for the final rating. For safety purposes the participants wore boxing gloves.

Among men the strongest punch, 352 kg, was made by Andrey Smotritsky. Second place was taken by Anton Polikarpov (281 kg), and the third place was shared by Nikolay Karpov and Alexey Chernigovsky with an equal result, 264 kg.

Among women the absolute leader was Nadezhda Ustenko, candidate for boxing master – 148 kg. Ekaterina Nib and Marina Dubovitskaya won silver medals with a punch force of 116 kg each. The bronze medal was also shared by two participants: Elena Polyushkina and Valeria Tsvetinskaya who demonstrated a force of 109 kg.

Golden and silver medal winners among men and the absolute winner among women will compete against the winners of other preliminary rounds, and the best of the best will be able to compete for the prize money. The grand finale will be held on 30 November in Moscow.

It should be recalled that the project was launched in September, and over several months hundreds employees from other enterprises of the State Corporation have participated in the event: NPO Splav, SIBER, Shvabe, Mechanical Engineering, Technodinamika, Uralvagonzavod and other.