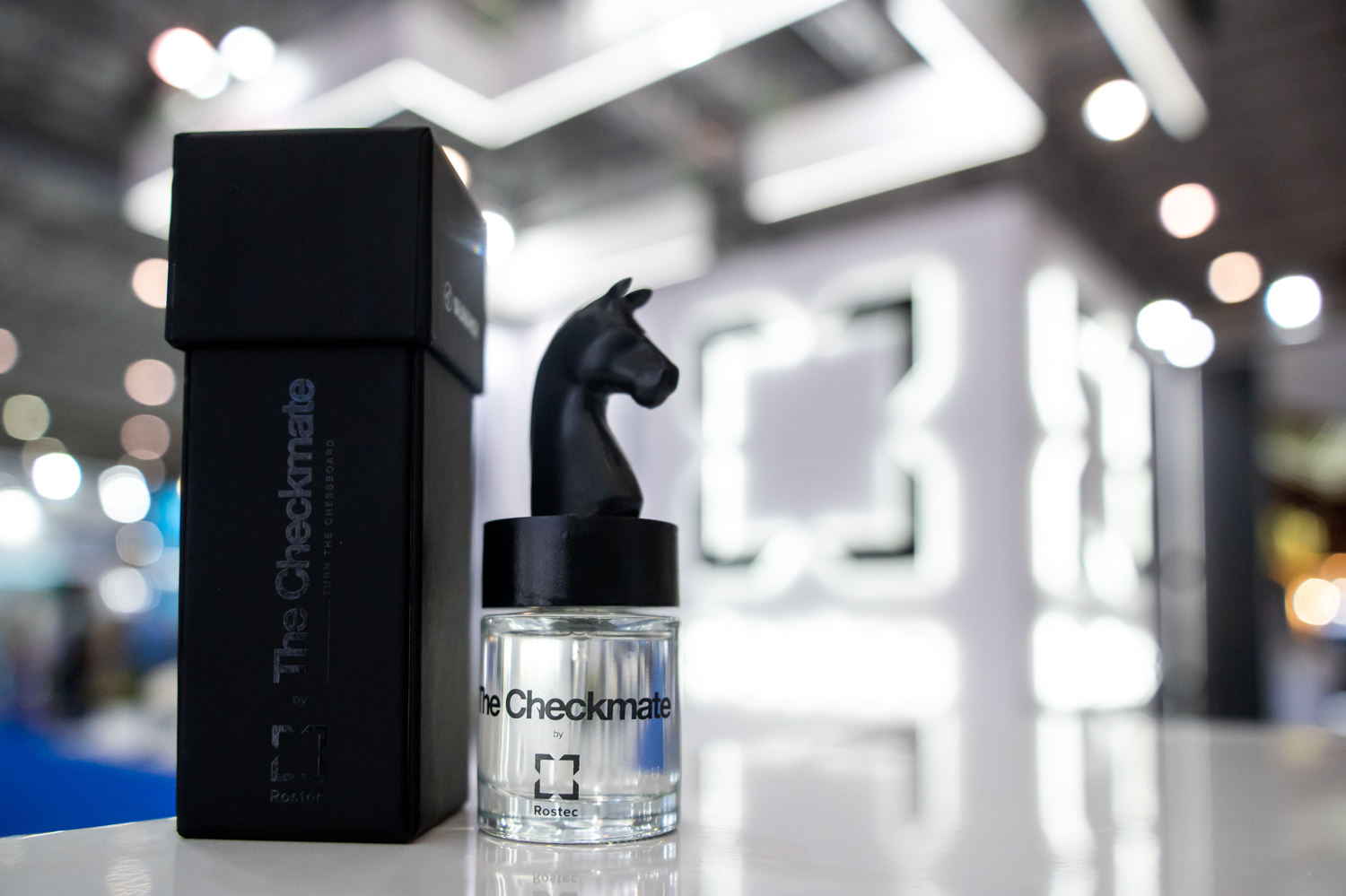 The notes of the fragrance combine the scents of glass, natural leather and metals used in the construction of the fuselage, engines and cockpit of the aircraft. For this project Rostec partnered with the Perfumers Guild of Russia.

The philosophy of the fifth-generation single-engine light tactical fighter The Checkmate, presented last July at MAKS 2021 air show, is the basis of the perfume bearing the same name. A black knight chess piece crowns the cap of the bottle, and the gift box, when opened, unfolds into a black and white chessboard.

Checkmate perfume symbolizes the aircraft's reliability and novelty, as well as its readiness to operate in any condition: under the scorching desert sun, in subtropical and mountainous terrain, as well as in the Extreme North and in the tropics, attesting to the plane's high export potential and constructive adaptability.

Perfumers used original samples of metal alloys, glass and leather trim of the fifth-generation fighter's cockpit combined with light shades of juniper, patchouli and oak moss. The five main notes of the composition blended well owing to the technogenic chord of the perfume.

"This technogenic chord permeates everything: from the creation of the machine by Russian designers and engineers to the aircraft itself, which is just as much a living being consisting of metal structures and mechanisms. And it also breathes as it flies and feeds on the fuel!" said Oksana Chernyshova, President of the Perfumers Guild of Russia.

Previously, the video about the new perfume was published on the YouTube channel of the State Corporation Rostec and the Checkmate project page.

Checkmate perfume is released in a limited edition in 50 ml format. The fragrance was created in anticipation of the international debut of the prototype at the Dubai Airshow 2021. The event will take place from 14 to 18 November.

Checkmate perfume is released in a limited edition of 150 pieces in 50 ml format. Visitors and guests of Dubai Airshow 2021 can experience the fifth generation fragrance in the Checkmate pavilion. The fragrance was created in anticipation of the international debut of the prototype at the Dubai Airshow 2021. The event takes place from 14 to 18 November.

The Checkmate fifth-generation light tactical single-engine fighter has low visibility and high flight and tactical performance at a low cost per flight hour, and is also equipped with an advanced suite of avionics. Checkmate has an open architecture and is adaptive, so it can be assembled in several configurations according to customer requirements, including an unmanned format.