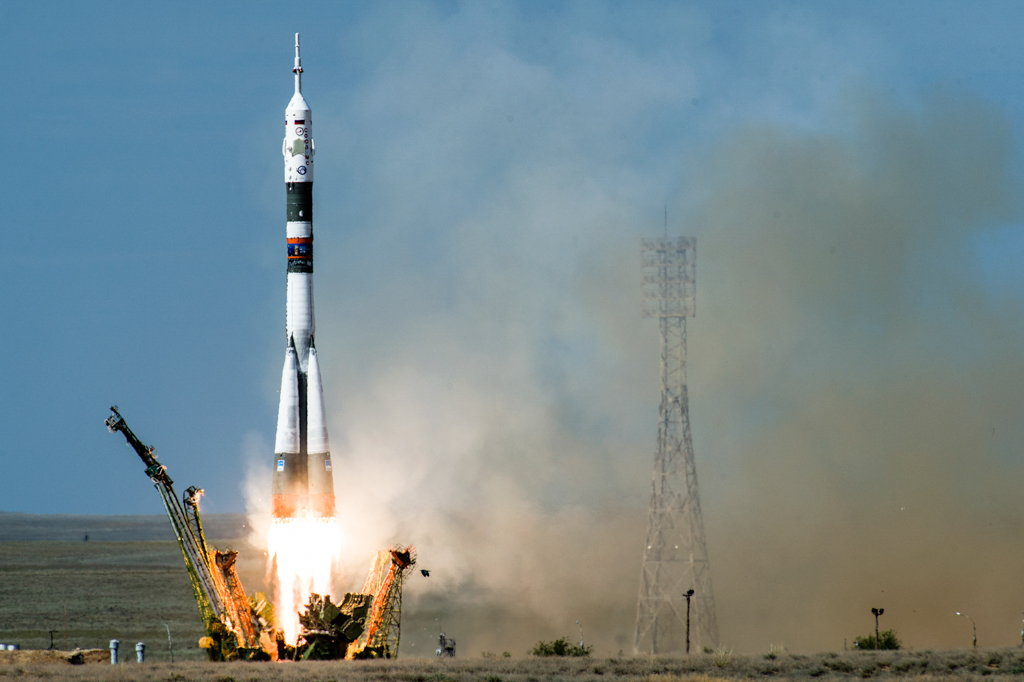 Today at 14:12 Moscow time a manned launch of the Soyuz-FG rocket with the Soyuz MS-09 transport took place from the site No.1 ("Gagarin start") of the Baikonur cosmodrome. The crew of a long-term expedition consisting of Roskosmos cosmonaut Sergei Prokopyev, ESA astronaut Alexander Gerst and the NASA astronaut Serina Auñón-Chancellor left for the International Space Station. The RD-107A/RD-108A cruise engines of the first and the second stages produced by Kuznetsov PJSC, affiliated to the United Engine-Building Corporation, worked flawlessly.

8 minutes and 48 seconds later the transport normally separated from the third stage of the carrier rocket in the given near-earth orbit and continued its autonomous flight to the ISS under the supervision of the specialists of the Russian Mission Control Center. Docking of the Soyuz to the ISS is scheduled for June 8 at 16:07 Moscow time. The expedition will last 187 days. The crew is tasked with carrying out dozens of biological, geophysical and medical experiments, and making a spacewalk on August 15.

The RD-107A/RD-108A propulsion units are installed on stages I and II of all Soyuz carrier rockets, the reliability factor is 99.99%. During the 57-year history of manned space exploration, there was no any failures of the RD-107/RD-108 family products. The work to improve the reliability and develop the engines is continually being carried out by its developers (NPO Energomash JSC named after Academician V.P. Glushko) and the specialists of Kuznetsov engaged in the serial production of this product.