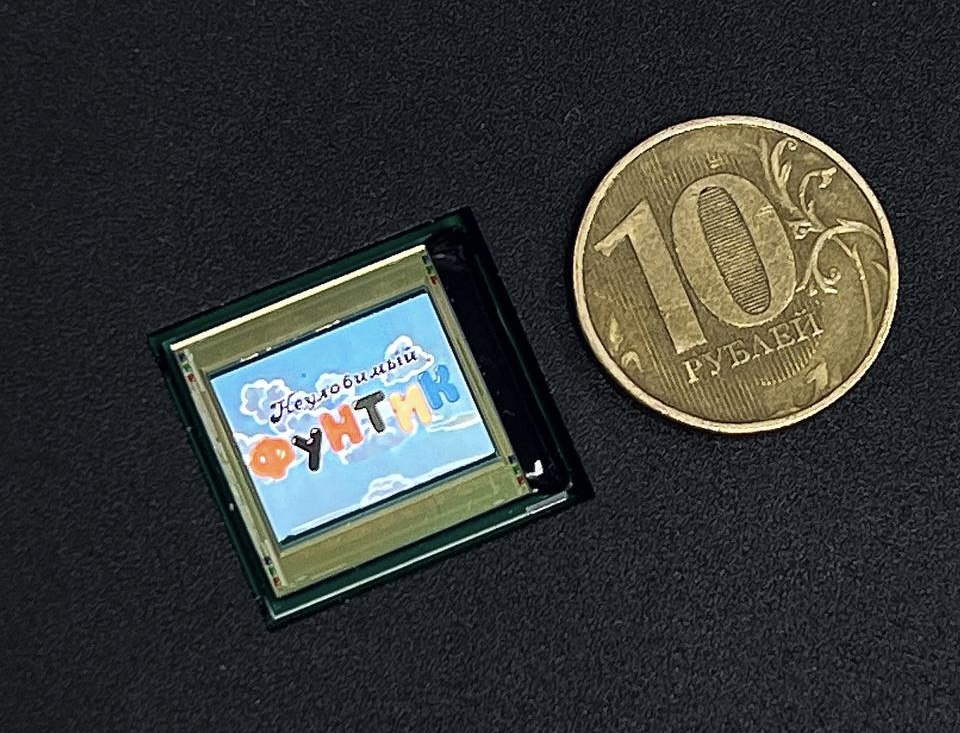 The device, comparable in size to a ten-ruble coin, has a resolution of 1280x1024 pixels and a pixel pitch of 12 microns. Its scope of use includes glasses for virtual, augmented and mixed reality applications, photo and video cameras, thermal imaging sights and thermal imagers.

One of the crucial conditions for the production of OLED microdisplays is strict compliance with the exclusive standards of the technological process. In particular, it requires high precision processing of the top stack of silicon ultra-large integrated circuit and application of a multilayer OLED structure, whose thickness does not exceed 100 nm.

There are five countries in the world, including Russia, that own the technology for creating such devices. The only enterprise in our country that has the appropriate equipment and technology for the manufacturing of OLED structures and devices based on them is the “Cyclone” Central Research Institute of Ruselectronics holding.