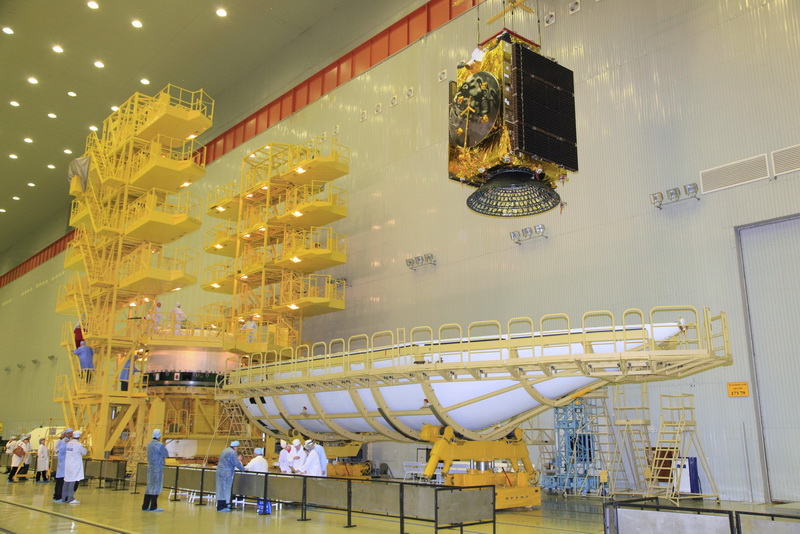 ORPE Teсhnologiya named after A.G. Romashin, part of Rostec State Corporation, has manufactured the frameless body of the Egyptian EgyptSat-A spacecraft. The satellite, launched on February 21 from the Baikonur cosmodrome, is the third Russian spacecraft with a hull manufactured with this unique technology.

The Obninsk enterprise’s technology is involved in manufacturing a frameless satellite body. The design features of the body allow it to accommodate thermal control panels with built-in power elements, increasing the space inside the satellite, which can be used to accommodate additional equipment. The weight of a spacecraft with a body of this type is 15% less than its frame analogs, and assembly with the required accuracy can be done in less than an hour.

“Frameless satellite manufacturing technology is the enterprise’s own technical solution, implemented in cooperation with partner TAIS. It allows you to minimize labor costs and reduce assembly time, as the design and creation of the finished product takes less than three months from the receipt of the specs. Previously, the assembly process alone could take up to six months. This is a significant advantage in the implementation of large-scale projects to create orbital satellite groupings,” said Andrei Silkin, ORPE Technologiya general director.

The EgyptSat-A satellite was manufactured for the Egyptian National Agency for Remote Sensing of the Earth. It is equipped with modern optical electronics with high spatial resolution. The spacecraft can film in the visible and infrared spectra in the panchromatic (black and white) and multispectral ranges. The satellite has an improved optical-electronic system and an on-board control complex, a high-speed on-board radio link and modernized solar panels. The mass of the device is about one ton. The lifetime of the satellite in orbit is 11 years.

“Rostec and its Egyptian partners have long-standing and mutually beneficial relations in various fields. We welcome the achievements of Egypt in space exploration,” said Viktor Kladov, director for international cooperation and regional policy. “Rostec has a wide range of competencies and extensive experience in the development of the space industry, and we are open to expanding and strengthening collaboration in this area.”

Rostec continues to implement a large-scale program for the development of civilian production under its approved Development Strategy, the main objectives of which are to increase revenue by an average of 17% in ruble terms through 2025, increase the share of civilian products in its revenue to 50%, and increase operational efficiency and yield on fast-growing global markets.

Rostec Will Supply Equipment for the European Space Agency