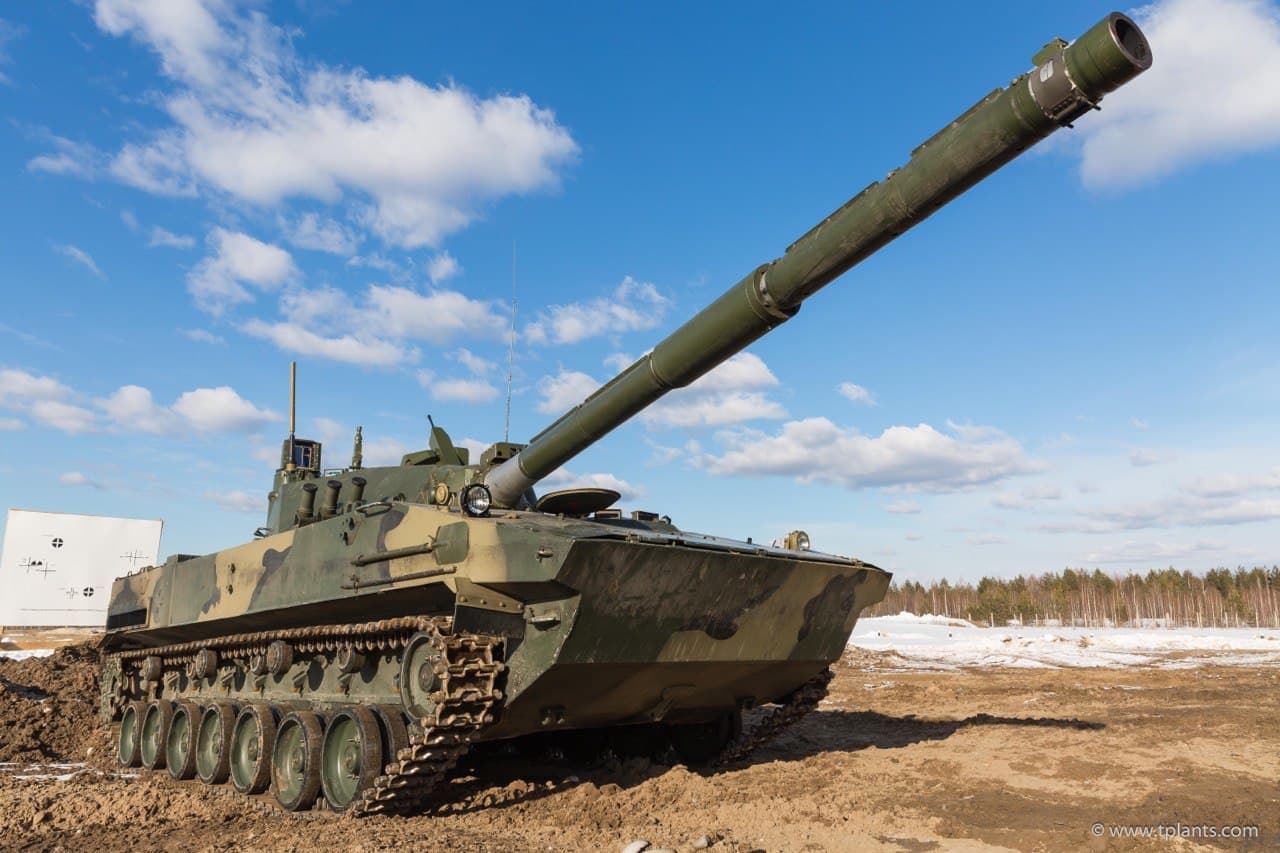 “We have an idea to install the Sprut-SDM1 module on a wheelbase chassis, which is also likely to be able to float. What specific wheelbase we will use is still an open question; there are several very effective variants available in Russia and it all depends on the final purpose of the vehicle and which kind of troops will use it”, he said.

Budaev specified: "We assume that the wheeled Sprut will be export-oriented." He said that in the Russian Armed Forces the use of a wheeled vehicles is less likely; priority is traditionally given to tracked chassis, which is more suitable for the geography of Russia.

The unofficial name for a family of armored combat vehicles on a wheelbase, armed with tank-caliber cannons, which are installed in a rotating turret is "Wheeled tanks". Usually, these combat vehicles have poor protection compared to tanks, but have significantly greater mobility when used on general roads. They are also generally transportable by air. Wheeled tanks, for example, include French armored vehicles AMX-10RC, Italian Centauro or Japanese MCV. All of them are equipped with 105 mm guns in production versions.

Sprut-SDM1 is created by PJSC "Kurganmashzavod" (part of the High-Precision Weapons holding company). The Sprut-SDM1 is armed with a 125-millimeter artillery-cannon, can be transported by ships and planes, and can be dropped by landing and parachute methods. Sprut-SDM1 has speed on the highway at 70 km/h, afloat – up to 9 km/h. Now the combat vehicle is undergoing state tests.