B-11: Russian Tractor With European Marking 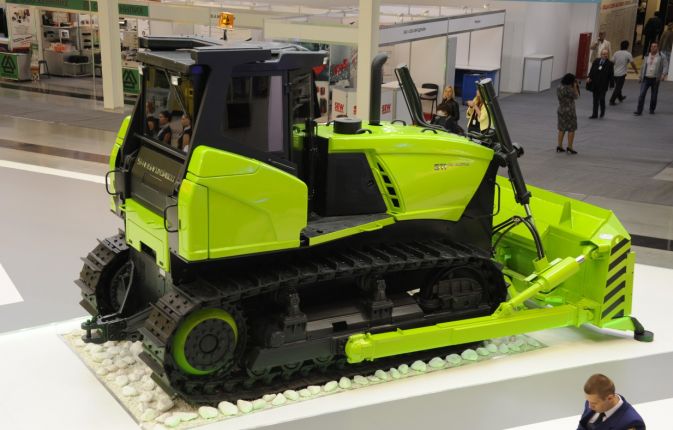 B-11 bulldozer produced by the Chelyabinsk Tractor Plant, an affiliate of UVZ, has been included in the Top-100 Commodities of Russia as early as 10 years ago. Consumers have quickly appreciated the modern cabin, design and reliability of the Ural bulldozer. The new and upgraded model of the tractor that has recently been launched into market also occupied its rightful place among similar vehicles – while having impressive capacities, its price is significantly lower than the price for imported counterparts.

Commercial output of the B-11 bulldozers was initiated in 2007. The vehicles equipped with Yaroslavl YaMZ engines have quickly gained popularity among consumers for their high power and efficiency, as well as easiness of operation. The new version of the B-11 bulldozer has been designed by the specialists of the Chelyabinsk plant of UVZ jointly with one of the largest Chinese machine building groups, WeiChai Holding Group.

The bulldozer marked as B11.8000 is now equipped with a set of imported units – an engine, a gearbox and a hydromechanical transmission. The new design features seamlessly fit into the vehicle's architecture and did not demand any material changes in the dimensions or the control system. Such features ensure improvement of the engineering performance of B-11 and the working conditions for the driver. 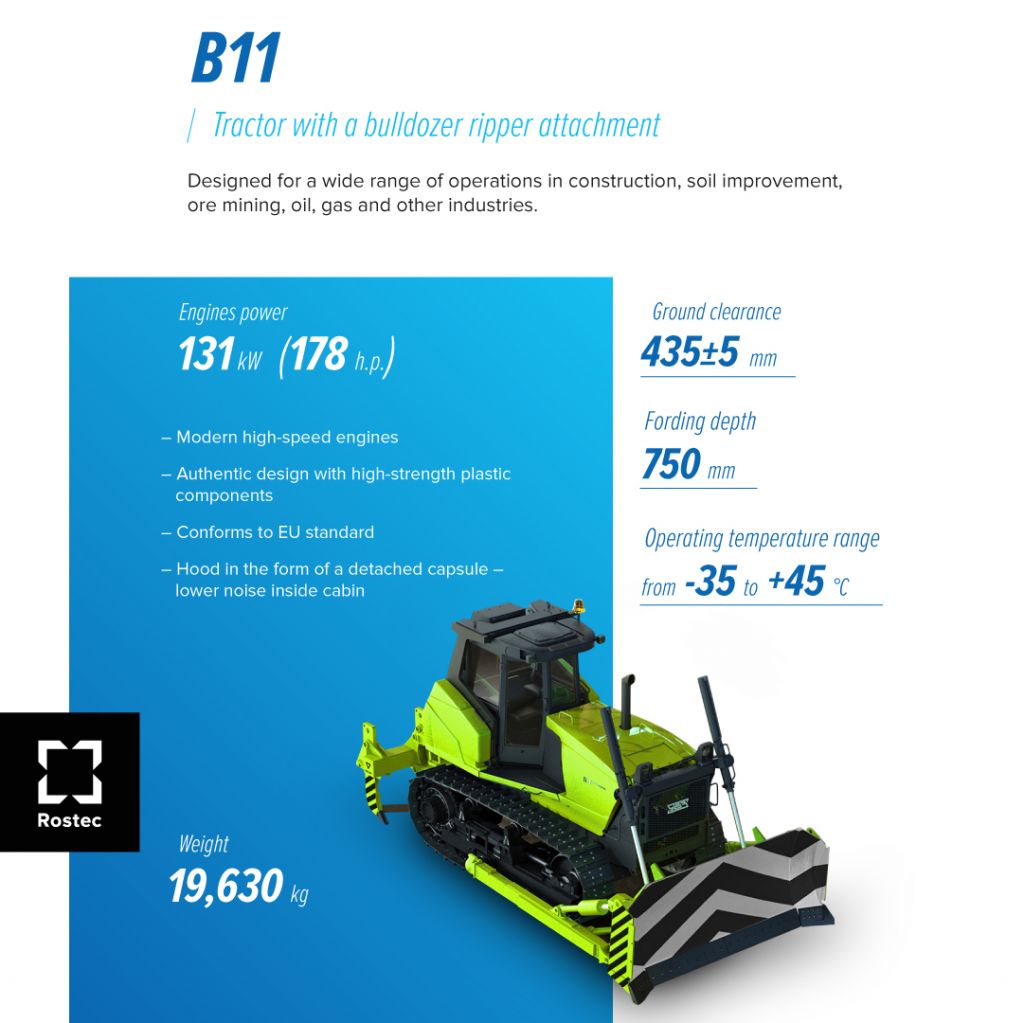 In particular, the hexagonal frame cabin with double-glazing and a detachable roof of high-strength fiberglass has better noise, heat and vibration insulation properties. Vibration of control gear and detachable equipment has also decreased.

The cabin includes an air conditioner made in Spain and German heaters allowing to quickly attain warm and comfortable conditions under extremely low ambient temperature conditions. The heater may be controlled remotely using a radio control device at a distance of up to one kilometre.

The use of advanced sound insulating materials allowed to decrease the noise level not only inside the cabin, but also outside as the work of a tractor should not cause discomfort to others. In sum, all possible aspects that make the work of B11 safe have been taken into account, including environmental friendliness of the vehicle.

B-11 was the first Russian tractor to have been tested for conformity to Euro-3. But since January 2011 the requirements to engines in terms of harmful emissions have become more stringent. The new version of the bulldozer was awarded a certificate of TUV Rheinland, an international certification body, for conformity to the environment standards of the European Union. CE marking means that the vehicle conforms to the requirements to safety, occupational health and environment protection.

"The certification procedure has been carried out in record-breaking time. The certificate has been awarded to B-11, an excellent vehicle, from our point of view. It means that the bulldozer built by the South Ural specialists is safe to operate and does not inflict any harm to the environment as required by the general machinery EU directive," commented Viktor Visochkin, a representative of TUV Rheinland international certification body.

The European certificate has cleared the way for the Chelyabinsk Tractor Plant to export supplies to the Western countries.