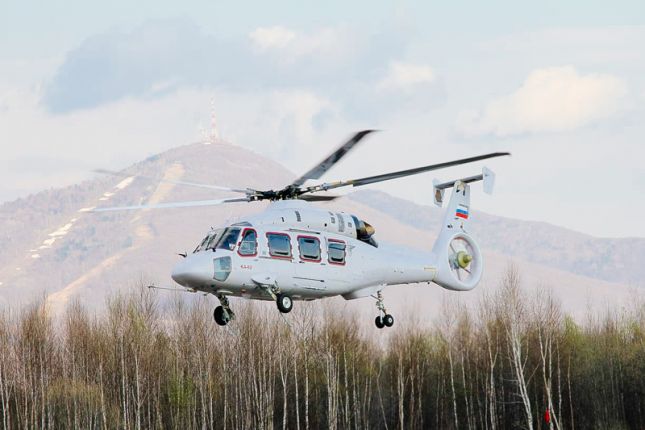 Last May, the flight model of the most advanced Ka-62 helicopter made its first flight. Today, the Russian Helicopters holding company continues the tests of the advanced vehicle and expects to commence its commercial output in 2020. The new helicopter's main areas of operation include passenger carriage, rescue missions and oil and gas operations. Besides, Ka-62 might be further reconfigured into a marine version and used in the Arctic Region.

The design parameters of the vehicle are so high that it can even be used for military purposes. In particular, the helicopter meets two most important criteria inherent to military machines: it can be transported by Il-76 and can develop a speed of 315 km/h and higher.

The share of composite materials used in Ka-62 is 60% which makes it exceptionally durable and reduces its weight and, consequently, increases its speed, manoeuvrability and load-bearing capacity, and also reduces fuel consumption.

Distinguishing features of Ka-62 also include its single-rotor configuration and ducted multi-blade anti-torque rotor of the vertical tail fin. The design solution to make the anti-torque rotor ducted allowed to significantly reduce the noise level.

Ka-62 also has wheeled landing gear of increased power capacity, accident-proof fuel system and unique bird-resistant glazing. A general helicopter equipment control system (GHECS) has been installed on Ka-62 for the first time ever in the global history of the helicopter industry. Another novelty is integrated navigation instrumentation with an open architecture implementing the "glass cabin" principle. 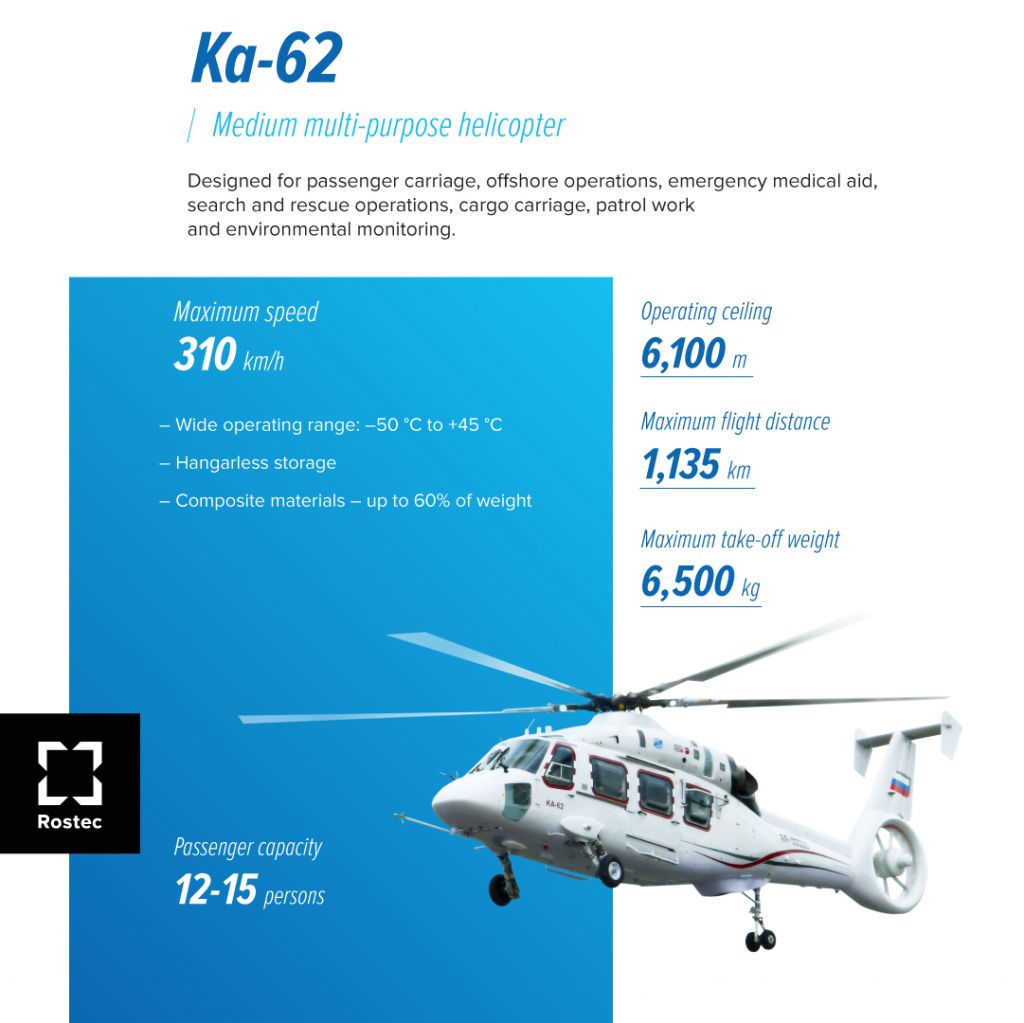 According to experts, Ka-62 is very well targeted at the global market and is being developed under the wide international cooperation scheme. In particular, the vehicle will be equipped with engines by Turbomeca (France), and gear and transmission by Zoerkler (Austria).

Ka-62 is designed for passenger carriage, offshore operations, emergency medical aid, cargo carriage, patrol work and environmental monitoring. Due to the high operating ceiling Ka-62 is also capable of performing search and rescue and evacuation operations in highland areas, thus enabling its operation both in Russia and abroad. In this regard the new Ka-62 helicopter has a great export potential. The Russian Helicopters holding company expects to offer the new helicopter to Mexico, Brazil, China and India.