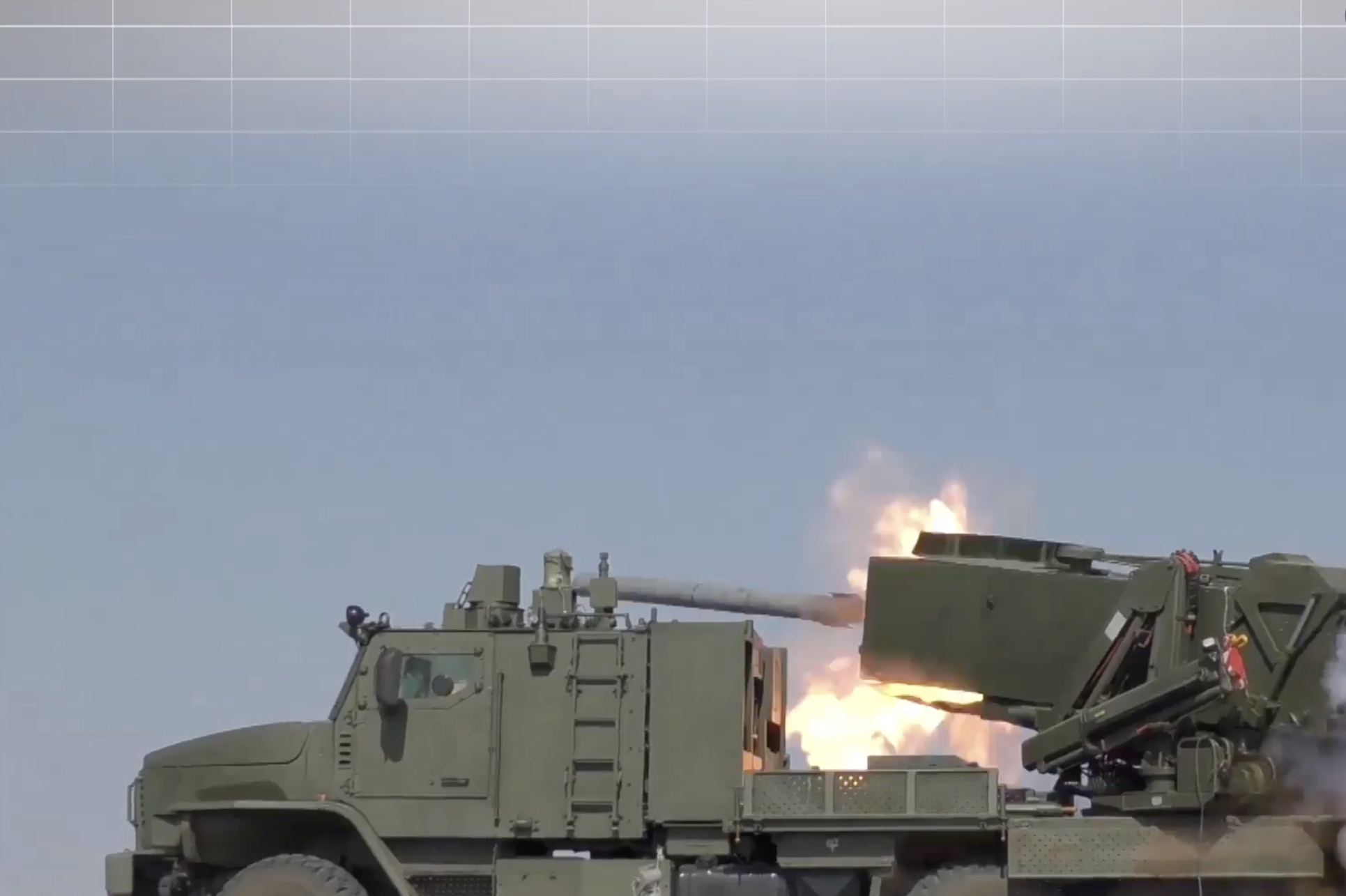 At the International Military-Technical Forum “Army-2021”, subsidiaries of the Rostec State Corporation showcased the Remote Mine Laying System (ISDM, Russian ИСДМ) and the Heavy Flamethrower System (TOS-2, Russian ТОС-2). A video footage from the proving ground showed how these systems are prepared for battle and allowed viewers to appreciate their firepower.

ISDM Zemledeliye (which in Russian means 'agriculture') designed by the Splav Research and Manufacturing Association (under management of Technodynamika) comprises an 8x8 heavy duty wheeled chassis vehicle, a transporter-loader, and launch pod containers loaded with various types of mines. ISDM automatically programs launch missions and self-destruct parameters for the mines, and creates a map of the mined zone after planting the mines. All data is transmitted to the higher command tiers.

"ISDM is capable of covering an area of several football fields within minutes. The system uses two types of remote-laying containers with an option of self-destruct, loaded with anti-personnel or anti-tank mines. Armed forces have already received the first supply batch of Zemledeliye.  The new system proved to have excellent performance during Command Post Exercises. During the close combat phase, the system was capable of 'mining' target areas, thus cutting off enemy reserves from the main force. We expect to finalize the ISDM and TOS-2 projects by the end of 2021," said Igor Nasenkov, General Director of Technodinamika Holding.

TOS-2 is a heavy flamethrower system armed with a new, more powerful ammunition. TOS-2 is under development, which has been conducted by the A. N. Ganichev Splav Research and Manufacturing Association.  The process of development and the bulk of serial production chain of this combat vehicle are performed in the SKB, a military division of the Motovilikhinskiye Zavody (a part of RT Capital Company of the Rostec State Corporation).

"TOS-2 is different from its predecessors, because its single wheeled chassis combines functions of an armed vehicle and a transport-loader vehicle, which adds to the system's versatility and self-sufficiency. We have achieved high reliability and mobility of the TOS-2 system during the in-plant testing. Our product fully meets the military operating specifications requested by the Russian Ministry of Defense," noted Kirill Fyodorov, General Director of RT Capital LLC.

The heavy flamethrower system is designed to incapacitate light armored vehicles, to conflagrate and destroy buildings and structures, and to destroy enemy troops in the open and inside fortifications. Since TOS-2 system operates in close tactical zones, it is equipped with protection against high-precision weapons. It also carries state-of-the-art navigation equipment, such as satellite positioning and an automated fire control system, which allows its deployment at the unprepared firing positions.

Rosoboronexport: Arms Export Contracts Worth Over 3 Billion Euros Were Signed at Exhibitions Held in Russia This Summer

Rostec to Present More Than 50 Novelties at Army-2021