Rostec to Start Developing the Third Generation Combat Gear in 2020 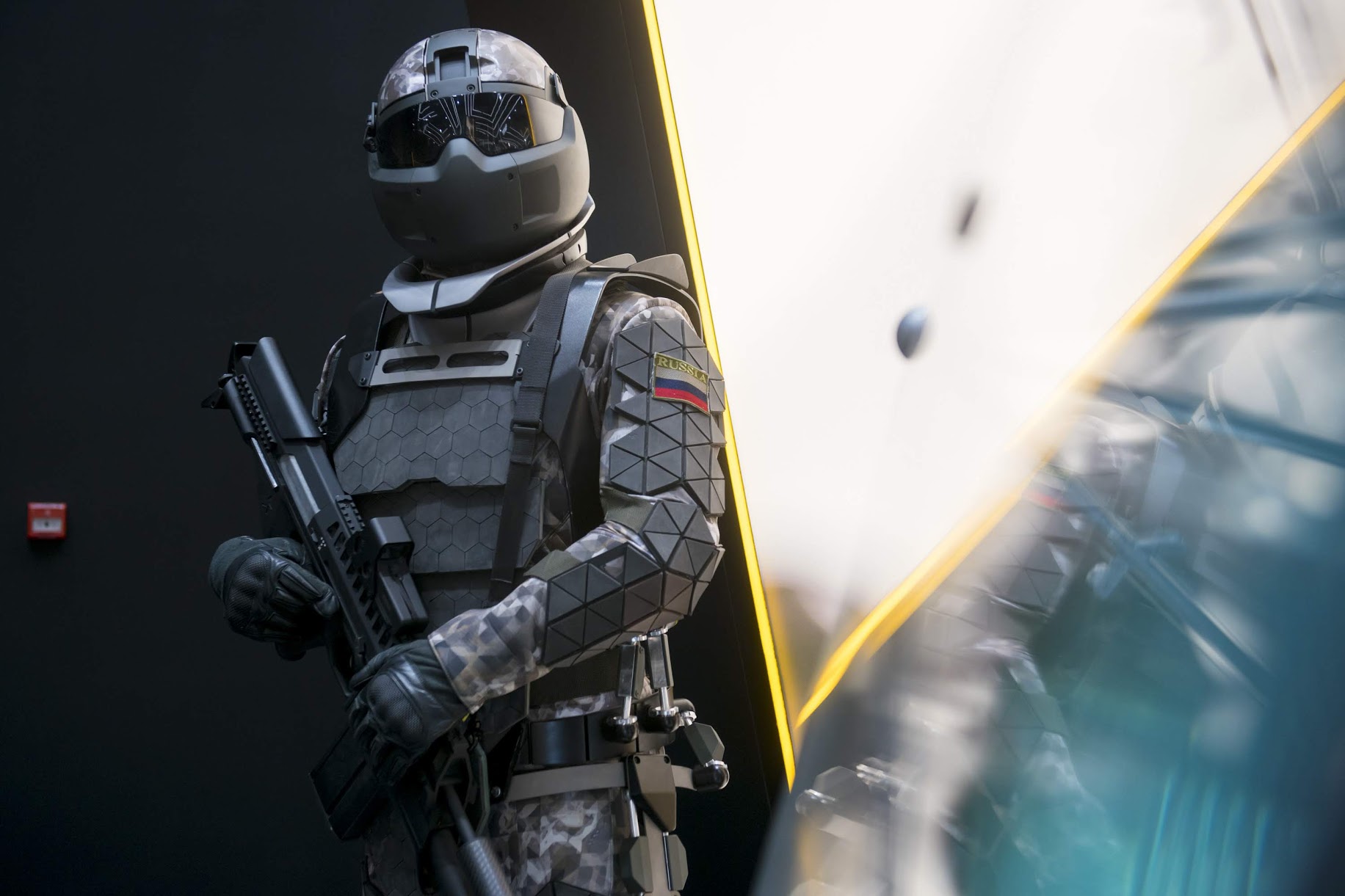 JSC TsNIITochMash (part of Rostec) plans to start R&D work of new third generation combat gear for the military in 2020. This new equipment, replacing the Ratnik combat gear, will be called Sotnik.

The new gear will include anti-mine boots, an anti-thermal suit hiding the soldier from infrared sensors and anti-radar camouflage suit. Other plans include introducing a tactical system using micro UAVs, where the camera stream from the UAV will be projected to the helmet’s visor or separate goggles. The electric goggles can also be used to display tactical orders, maps of the area, etc.

“According to our plans, the third generation gear Sotnik will replace Ratnik already in 2025. This will be fundamentally new kind of equipment integrating the best high-tech designs of Russian enterprises, including those of Rostec. Thanks to the use of innovative materials and combining the functions of individual elements, the weight of the set will be reduced by 20%, amounting to about 20 kilograms”, said Rostec CEO Sergey Chemezov.

Sotnik will use a “chameleon” material that can be controlled with voltage — a joint design by TsNIITochMash and the Roselectronics holding company. This electrochromic material can change its color depending on the masked surface and its environment. A helmet with this kind of unique coating was demonstrated for the first time at the ARMY-2018 forum.

Rostec has been supplying the Russian army with a 2nd generation Ratnik combat gear since 2014. This gear consists of five integrated systems: life-support, control and communications, combat, protection and energy supply. It is designed for operations in varying climatic conditions at any time of the day. The equipment is being developed during operations and upgraded components are constantly supplied to the troops.