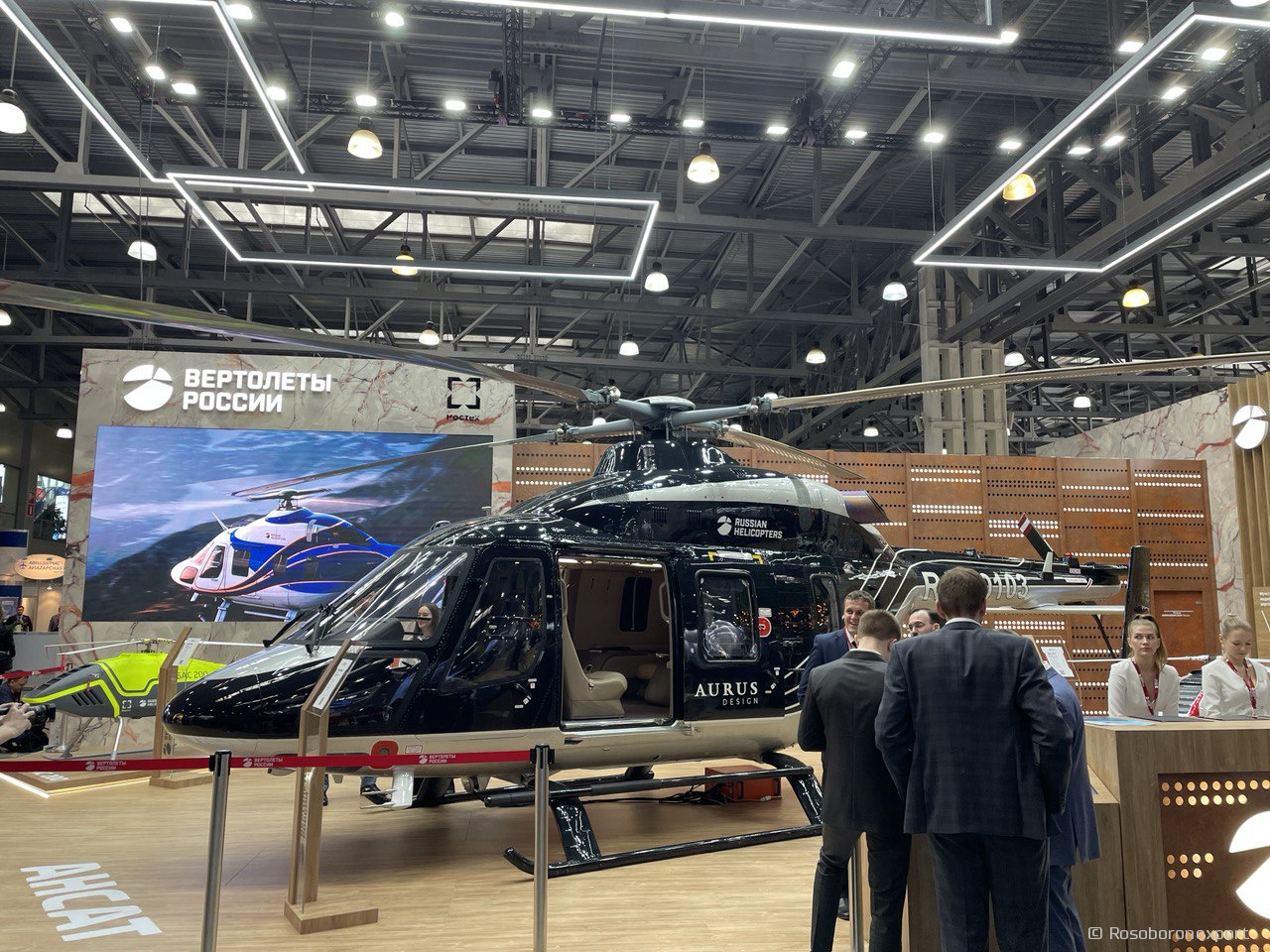 This spring, Moscow is holding the 15th anniversary Helicopter Industry Exhibition HeliRussia – the major industry-specific event in Europe and North Asia. The event traditionally takes place from 19 May to 21 May at the Crocus Expo Exhibition Centre.

Annually, HeliRussia gathers the leading helicopter manufacturers and shows new and advanced developments, interesting projects and concepts. Rostec’s most exciting premieres at HeliRussia over the past years will be discussed below. 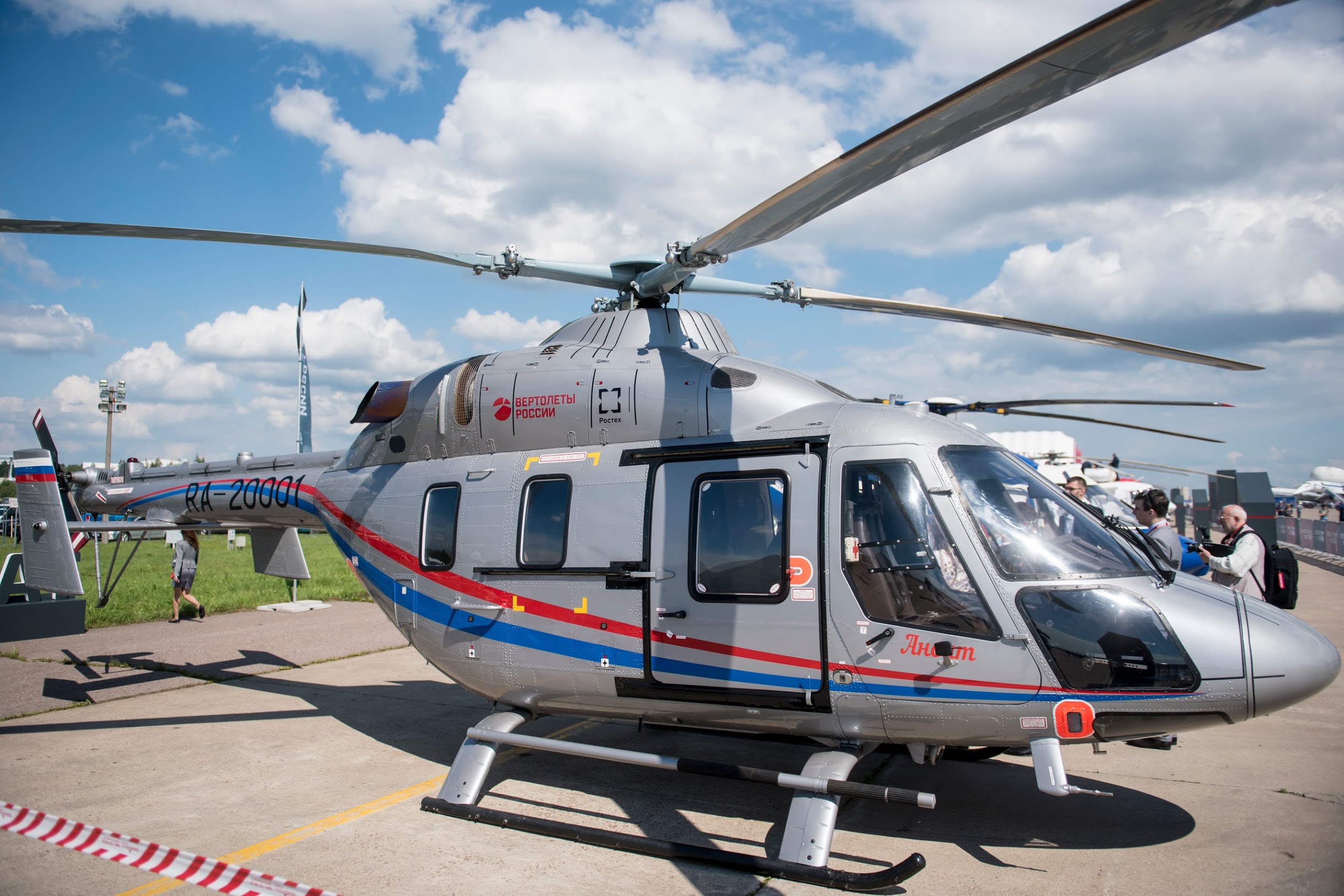 Ansat multifunctional light helicopter that first appeared at HeliRussia in 2014 has played a leading role at the exhibition many times. For example, the fire-fighting configuration of the aircraft was demonstrated here in 2019. A water intake system  is the key feature of this model. Fire-fighting helicopters generally use cumbersome systems requiring a large body of water. For Ansat, virtually any body of water may be used because water is pumped on board via a hose. It takes about one minute to pump 900 l of water with a salvo method used for firefighting.

Ansat passenger version was presented at the exhibition in 2020. Modernization ensured extended flight range and improved anti-icing system and airborne avionics. All these features make the helicopter suitable even for northern regions. Ansat passenger version is designed for 7 passengers. Energy-attenuating seats and reduced vibration level ensure a comfortable flight.

In 2022, HeliRussia guests and participants will be able to see Ansat ambulance and business helicopter versions. Medical Ansats are already on duty in the National Air Ambulance Service to save lives in many regions of the country. While Ansat Aurus designed as a premium car is used for business flights during formal events. Ansat helicopters are manufactured at Kazan Helicopter Plant. 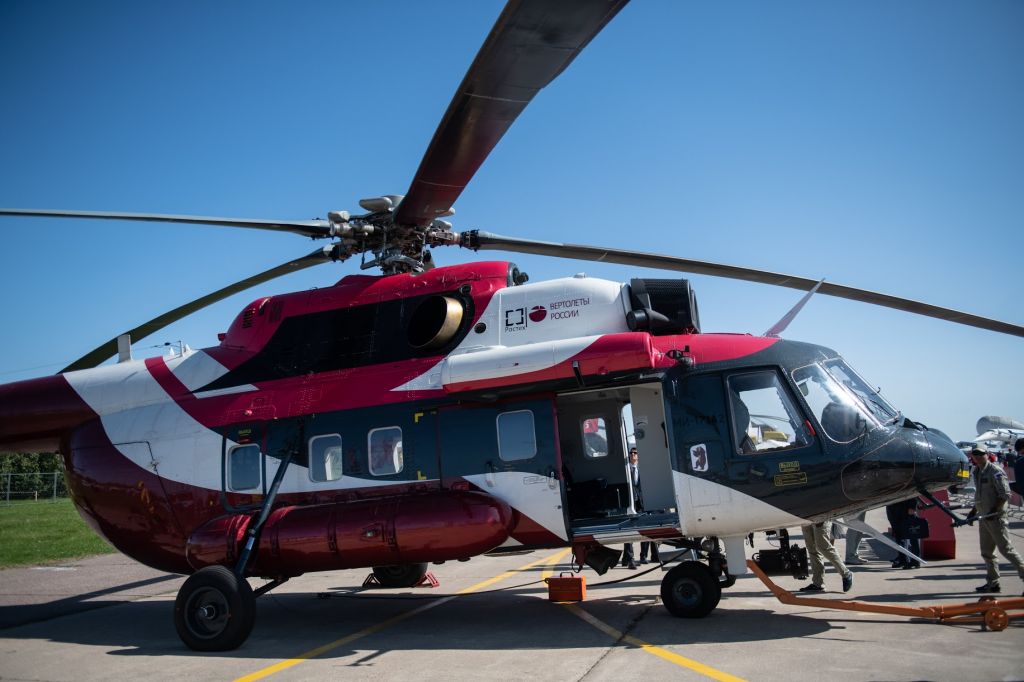 At HeliRussia-2018, the first commercial Mi-171А2 helicopter was presented and delivered to the customer directly from the exhibition. This is the latest modification of Mi-8/17 aircraft family – a global leader in medium multipurpose helicopter class. Design of the new 8th model included upgraded helicopter engine, frame with transmission and avionic suit. The helicopter is produced at the Ulan-Ude Aviation Plant.

The aircraft may be used to solve various tasks – to carry passengers, including VIP, and cargoes. Mi-171А2 easily copes with night and high-altitude flights, low and high temperatures, and high humidity. 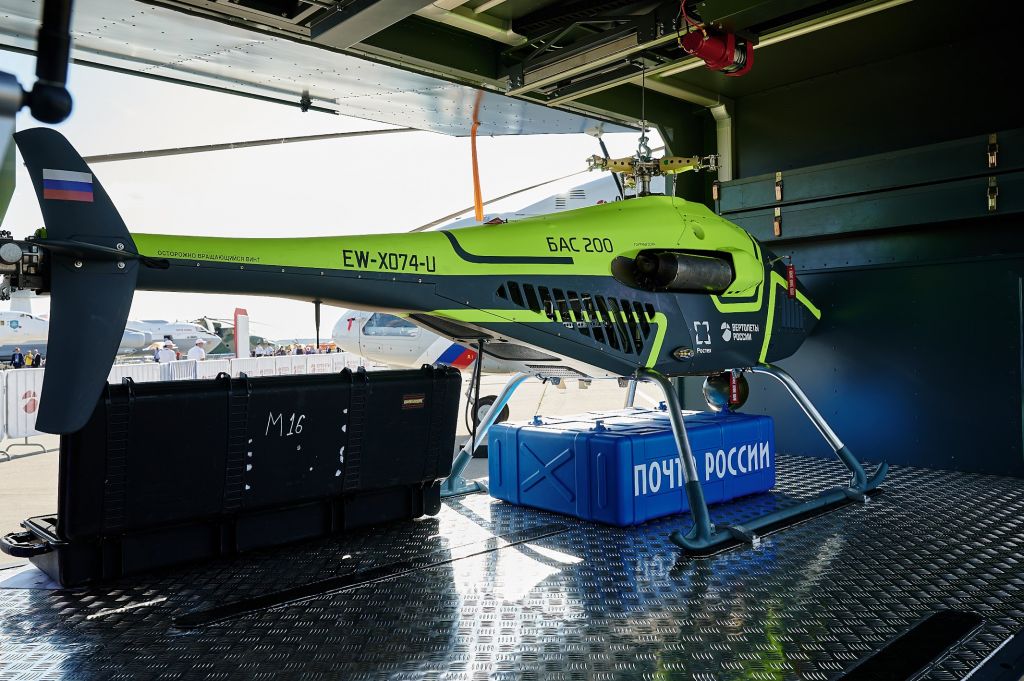 Unlike widely used airplane-type UAVs and multicopters, BAS-200, which is similar to a small helicopter, has a higher capacity. The vehicle can lift cargoes up to 50 kg as compared with 10 kg capacity of a traditional multicopter. High independence of the vehicle is another important benefit: BAS-200 endurance is up to 4 hours, while the independent operation time of other models generally does not exceed one hour. UAV flight speed is up to 160 km/h and altitude is up to 3900 m. Communication with the vehicle from ground can be maintained at a distance up to 100 km.

BAS-200 may be engaged in solution of an extremely wide range of tasks. They include terrain monitoring, search and rescue operations, agriculture, and certainly cargo delivery. The drone has been already tested in aero gravimetric survey which is used for mineral explorations. In addition, BAS-200 has been successfully tested for Russian Post cargo delivery in hard-to-reach areas of Chukotka. 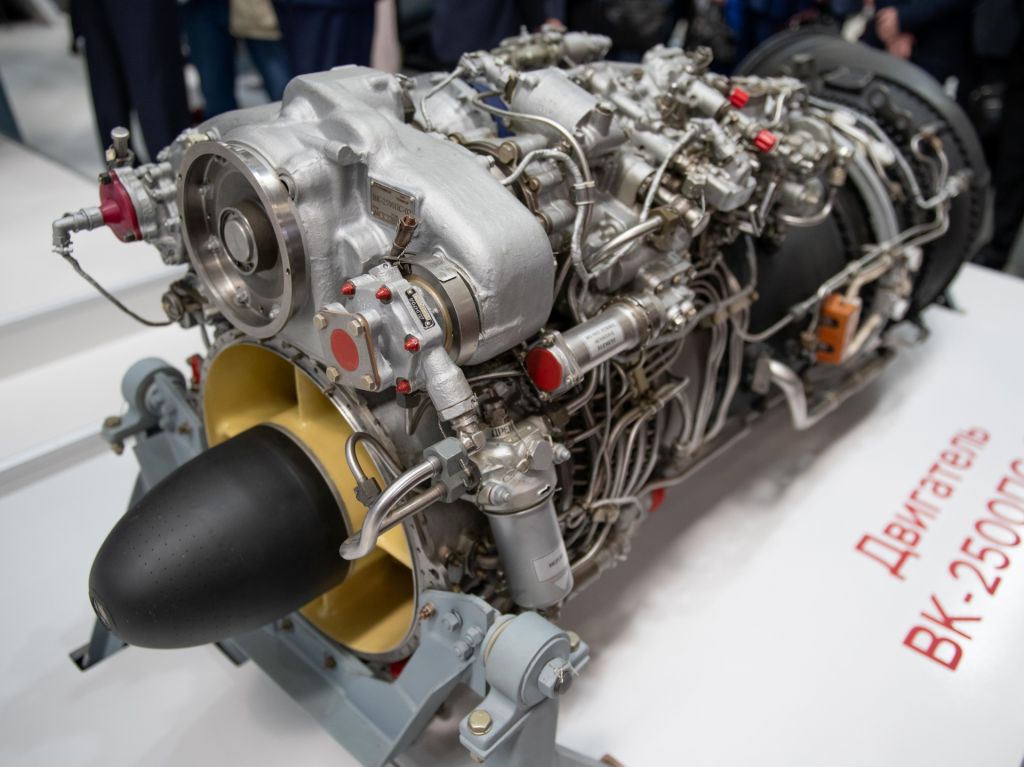 The exhibition guests generally show the greatest interest in full-scale helicopter exhibits, but professionals know that the most important things are inside the vehicles. VK-2500PS-02 turboshaft engine designed for Ka-32 civil helicopter was one of the premieres at HeliRussia in 2019.

VK-2500PS-02 is a part of a large engine family and a further development of VK-2500 system, which, in turn, is a successor of TV3-117 series developed by UEC-Klimov as early as in the 1970s. The new engine has been developed and is produced by UEC-Klimov included in Rostec’s United Engine Corporation.

The engine is mounted on the modified Ka-32А11M which is regarded as one of the best fire-fighting helicopters in the world. The new power plant enhances operational capability of the helicopter, in particular, when using the external sling. VK-2500PS-02 makes it possible to use the vehicle at high temperatures and in mountainous areas, and ensures resistance to strong crosswind.