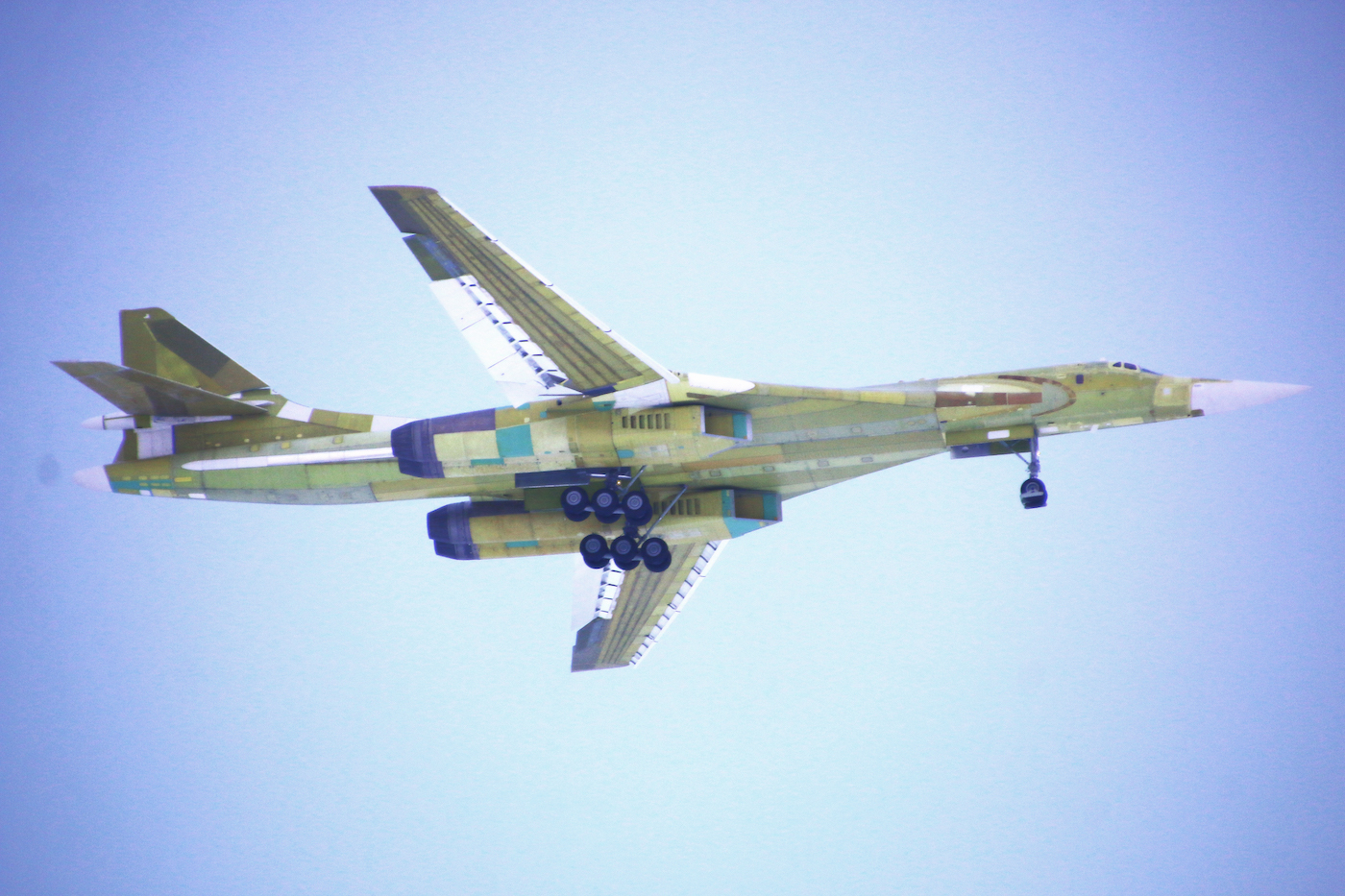 On January 12, the first Tu-160M, the newly-manufactured strategic missile carrier, took off from the aerodrome of Kazan Aviation Plant, a branch of Tupolev (part of Rostec State Corporation's UAC).

The 30-minute flight was at an altitude of 600-meters. The crew of Tupolev test pilots performed the required maneuvers to check the aircraft stability and control.

The program for restoring the Tu-160 manufacturing in the Tu-160M modernized version was launched upon the decision of Russian President Vladimir Putin.

As part of the governmental contract between the Ministry of Industry and Trade of Russia and Tupolev, the design documentation for the Tu-160M aircraft was fully digitized in a short time, the titanium vacuum welding process restored, the airframe component manufacturing resumed, and a new cooperation arranged, uniting industry leaders in metallurgy, aviation, mechanical engineering and instrument making, as the majority of them belongs to Rostec State Corporation.

Denis Manturov, Minister of Industry and Trade of the Russian Federation, emphasized, "We have restored the full production cycle of the Tu-160, but now in the M version, having upgraded the engines, aircraft controls, avionics, and weapons. The revamp of Kazan Aviation Plant has greatly aided to the restoration of the unique model’s manufacturing processes – the machines and testing infrastructure were upgraded and the world's largest plant for titanium electron-beam welding and vacuum annealing was put into operation. Today we see significant prospects for the Tu-160 platform – its further development will serve well for new types of promising weapons.”

The aircraft retains its predecessor’s appearance, while being based on novel engineering concepts and digital technologies.

“Tu-160 is one of the largest and most advanced projects in Russia’s aviation industry. This project has required both the infrastructure upgrade and the completely new digital environment. A number of aircraft designers have participated in preparing the digital documentation for the project. The fundamental importance of today's event is that the new aircraft has been completely rebuilt from scratch,” said Yuri Slyusar, UAC CEO. "Its systems and equipment have been upgraded by up to 80 per cent."

The program for upgrading and re-launching the Tu-160 strategic missile carriers has required a significant revamp of the plant infrastructure.

"Within the framework of the program, Kazan Aviation Plant had to renew or upgrade over 40 per cent of its equipment and deliver extra trainings for a majority of the staff. For Tupolev, the restoration of the Tu-160 production is the most significant project, reflecting not only the infrastructure upgrade and key competencies restoration, but also a new level of designing and mass manufacturing to yield most advanced aviation systems," Tupolev CEO Vadim Korolev said.

Tu-160 is the largest ever and most powerful military supersonic aircraft with variable-sweep wing.