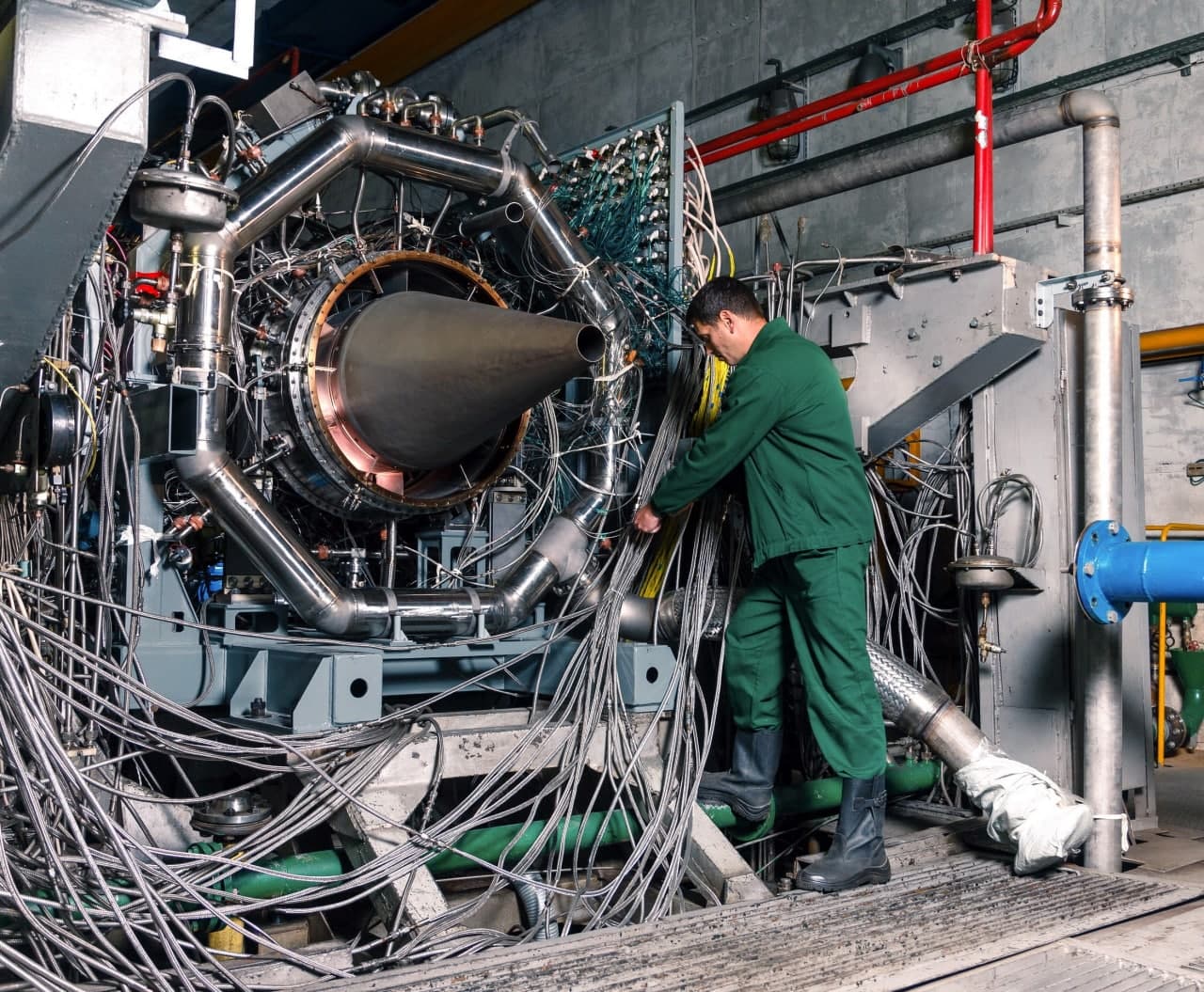 Rostec’s United Engine Corporation has successfully conducted the first stage of certification testing of PD-8 core engine intended for the mid-range aircraft SSJ-New. A test bench unique for Russia was used to simulate the aircraft engine operating conditions typical for altitudes of up to 12 kilometers.

The engine core, which is also called the “heart” of an aircraft engine, consists of a high-pressure compressor, a combustion chamber, and a high-pressure turbine that drives the propulsion system. The test facility was provided by the Central Institute of Aviation Motors named after P.I. Baranov (part of the National Research Center “Zhukovsky Institute”) and confirmed the pre-calculated thermal model of the compressor.

“In the course of our works on the latest Russian aircraft engine PD-8, we have reached a climax stage – the core engine certification tests. The simulation of the operational conditions of altitudes of up to 12,000 meters will facilitate evaluation of the power characteristics of the high-pressure compressor. The PD-8 core engine will have to pass a few more certification tests until March 2023. They will be conducted simultaneously with the power unit prototype tests, as their first launches are scheduled as early as March 2022,” says Vladimir Artyakov, First Deputy CEO at Rostec.

The PD-8 two-spool turbofan engine is intended for SSJ-New, a passenger aircraft projected to phase out imports, while employing the newest Russian materials and advanced processing, including additive manufacturing. A range of UEC enterprises is engaged in the works, with the PD-14 engine practices and technologies widely used.