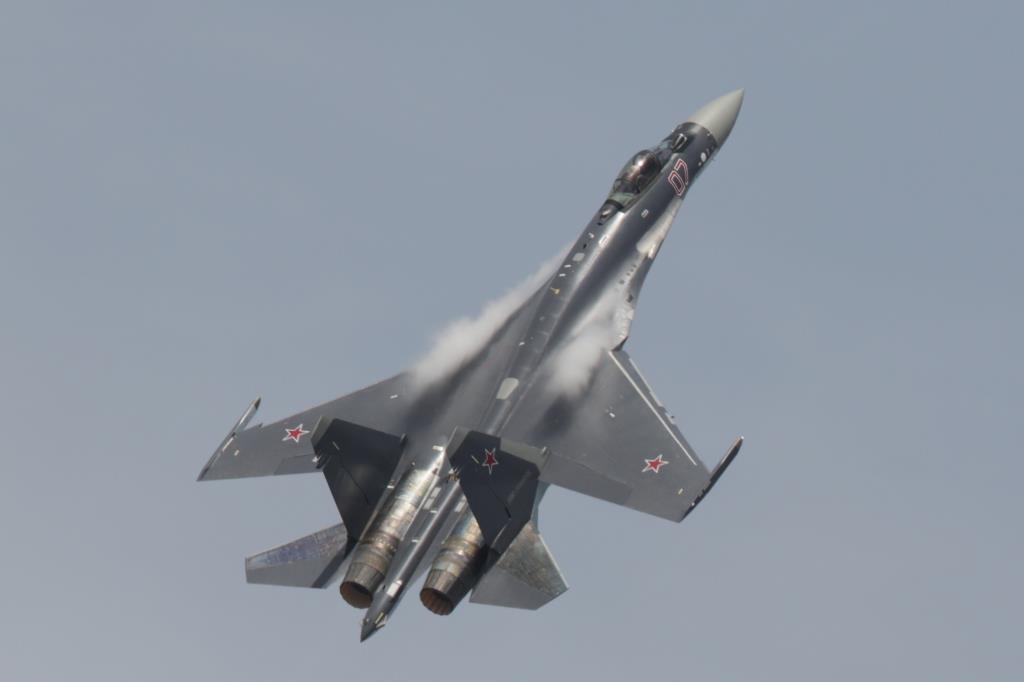 2022 marks the 45th anniversary of the maiden flight of the Su-27 fighter prototype developed by the Sukhoi Experimental Design Bureau, which marked the birth of the famed family of Su-27/Su-30 fighter jets. In the 21st century, the Su-27/Su-30 became among the most in-demand fighters in the world: they were purchased by Angola, Belarus, Venezuela, Vietnam, India, Indonesia, Kazakhstan, China, Malaysia, Uganda and other countries. Much of the credit for this should go both to aircraft designer Pavel Osipovich Sukhoi personally and the team of his unparalleled Design Bureau, which managed to derive a technically perfect formula for the global success of the Sukhoi brand.

"Air superiority is a key factor in any confrontation. That is why we pay great attention to developing new advanced platforms. At one time, the Su-27 became a technologically breakthrough machine and the progenitor of a whole family of outstanding aircraft: the Su-30, Su-34 and Su-35. Today, these jets are the mainstay of the Russian Aerospace Forces and successfully perform missions even under especially adverse conditions on a daily basis. This is a vivid demonstration of our technological capabilities," said Vladimir Artyakov, First Deputy Director General of Rostec State Corporation.

"Rosoboronexport has delivered about 700 Su-27/Su-30 combat aircraft abroad since 2000.
In 2021, the company's order portfolio was replenished with new contracts for the supply of
Su-30SMs," said Alexander Mikheev, Director General of Rosoboronexport (part of Rostec State Corporation). “Over the past 10 years, the share of aircraft supplies in Russia’s total arms exports has stood at 40-50%, and even exceeds this figure today. Currently, our partners highly appreciate the fact that engines, avionics, weapons, systems and components in Russian combat aircraft are exclusively Russian-made. This ensures the independence of the purchasing countries from unfair actions taken by third countries. In addition, an open architecture of avionics and weapons systems, implemented in Russian fighters, enables foreign customers, with the involvement of the Sukhoi Design Bureau, to integrate some of domestically-made systems and air-launched weapons into them."

The Russian Aerospace Forces is the largest operator of Sukhoi combat aircraft. According to the Russian Ministry of Defense (www.mil.ru), Su-30SM and Su-35 aircraft can effectively intercept air targets and attack military installations with precision-guided weapons from low, medium and high altitudes. Their airborne equipment enables the use of air weapons with maximum accuracy. According to Hero of Russia fighter pilot Major Viktor Dudin, the Su-35 is a perfect fighter that surpasses all its foreign counterparts.

The Su-35 is a powerful 4++ generation aircraft system that incorporates fifth-generation fighter technologies. The Su-35 handles the entire range of fighter missions over a wide altitude and speed envelope. A large number of hardpoints allows the use of up to 12 medium-range
air-to-air guided missiles or 6 air-to-surface missiles in one sortie. Its powerful onboard radar can detect aerial targets at long ranges (up to 350 km). The Su-35 also effectively engages ground (surface) targets, including without entering the enemy's air defense zone. In addition, the Su-35 is able to control a group of airplanes in the air, acting as an AWACS aircraft.

"The intensity of military threats in the world is not decreasing, which predetermines an increased interest in Russian combat planes, which have proved their reliability and effectiveness and outperform their Western counterparts in many respects," Alexander Mikheev stressed. “In the foreseeable future, the predominant combat effectiveness of Russian aircraft will remain, and continuous platform upgrading is underway, as clearly illustrated by the case of the Su-57. In this context, it is curious that some Western media, throwing in fakes about the alleged "technological gap of the Russians," are silent about the fact that a mere appearance of Russian fighters in the sky often dramatically changes the situation in the theater of war not in favor of the enemy."

One of the most notable foreign operators of Su-30 type fighters is India, where the program of licensed production of Su-30MKI fighters, which make up the backbone of the country's Air Force, has been successfully implemented. Rosoboronexport, within the framework of the Make in India program, is ready to supply additional completely knocked down kits for the assembly of the Su-30MKI and carry out joint work on their modernization, including the integration of the latest air weapons, avionics, etc. At the same time, the existing portfolio of aviation projects allows the company to globally develop technological cooperation in a broad range of areas.

By the way, the world-famous Russian Knights and Falcons of Russia aerobatic teams, flying Su-27/Su-30/Su-35 fighters, have repeatedly received applause from the audience at international air shows in dozens of countries around the world. Even the presidents and prime ministers of the customer countries, who participated in the demo flights of these beautiful aircraft, have repeatedly convinced themselves of the high flight performance and reliability of the Russian Sukhoi fighters. This summer, the legendary aircraft will be demonstrated at the ARMY-2022 International Military and Technical Forum (www.rusarmyexpo.ru).

UAC Handed over Su-35S Aircraft to the Russian Air Force

KRET has Presented a Console for Advanced Helicopters