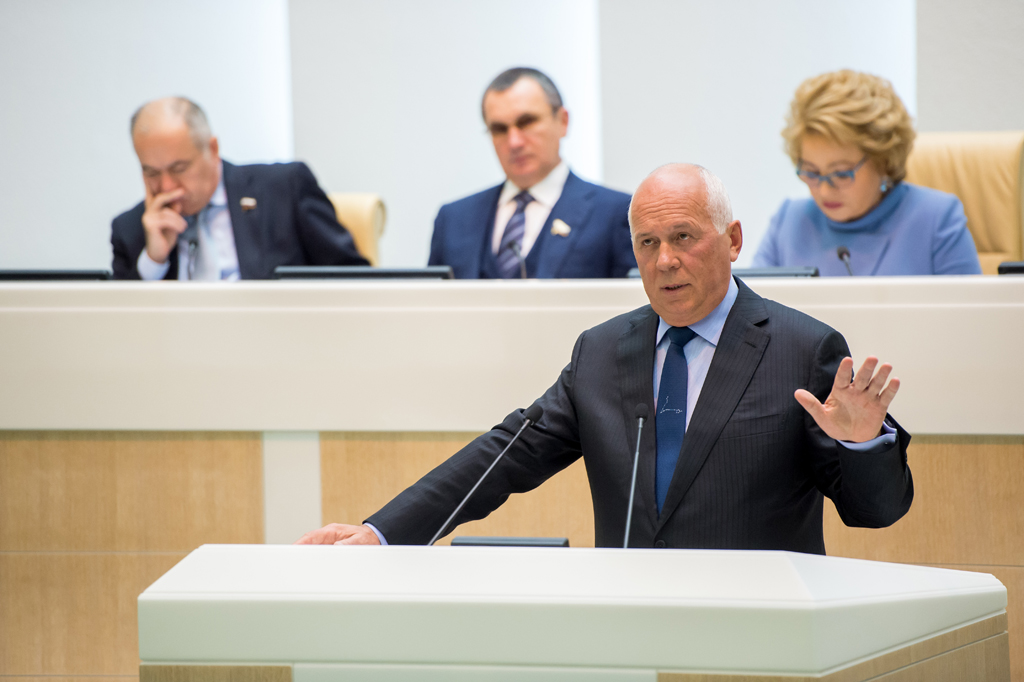 One of the main lines of work of the Corporation as noted by Sergey Chemezov were activities aimed at ensuring the country's defensive potential. In particular, almost 25% of the total volume of state defence orders fall on the Rostec's companies, and about 300 organizations of the Corporation participate in the implementation of such orders.

Another core task of the State Corporation mentioned by Sergey Chemezov was expansion of export of advanced technology industrial product. In particular, Rosoboronexport, a member of the Corporation, exports more than 85% of the Russian military products. A significant portion of supplies goes to the markets of the Middle East and North Africa, cooperation is also arranged with the countries of Latin America.

At the same time, companies of the defence industry included in the Rostec's structure actively master the civil products manufacturing. For example, innovative developments by Shvabe are widely used in various spheres of healthcare and are in high demand both in Russia and abroad. Besides, the civil helicopters building programme, including ambulance aviation, is being actively developed.

"Civil products manufactured since the Corporation's establishment has increased by 10%, or, in absolute terms – almost four times. This year, the revenue from civil products manufacturing will be about 470 billion rubles. As compared to the previous year, it will increase by almost one-third", emphasized the General Director of Rostec.

As a conclusion, Sergey Chemezov noted the social focus of the State Corporation. According to him, since 2009 the average salary at the Rostec's companies has grown from 17 thousand rubles to more than 45 thousand rubles this year, and it is expected to spend about 8 billion rubles on social programmes in 2017.